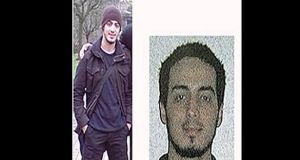 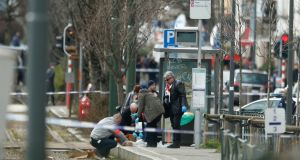 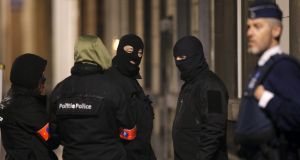 A veteran Belgian fighter and bomb-maker with Islamic State whose DNA was found on two of the explosive belts used in last November’s carnage in Paris has been confirmed as one of the suicide bombers in Tuesday‘s Brussels attacks.

Belgian prosecutors said that DNA evidence had confirmed that

Najim Laachraoui (24) was one of two jihadis who blew themselves up at Brussels airport, killing 11 people.

The revelation confirms the direct link between the two biggest terror attacks carried out in Europe by Isis.

Prosecutors said they were still holding three men who had been arrested in Brussels on Thursday night. It is believed the men are being questioned in connection with the suicide bomb attacks, which killed 31 and injured 300 in the Belgian capital.

Belgium’s security services have come in for increasing criticism for failing to prevent the attacks in Brussels, in the light of the fact that at least three of those who blew themselves up were known to the authorities. And it also emerged on Friday that police had information that could have led to the arrest of Salah Abdeslam, the sole surviving suspect in November’s Paris attacks, months before he was captured in Brussels last week

All the Brussels attackers so far identified by police and prosecutors have links to Abdeslam, the sole survivor of the 10 jihadis who carried out November’s Paris attacks on a concert hall, the Stade de France, and a string of cafes and bars killing 130 people.

Laachraoui travelled to Hungary with him last year, while the Bakraoui brothers rented – as well as the Belgian safe house used by the Paris killers – a flat in the Schaerbeek district of Brussels where Abdeslam himself hid for three weeks after the attacks.

Belgium has lowered its security alert by one level, but officials did not say what that would mean in terms of security measures, which have included a heavy police and military presence in Brussels, capital of both the European Union and Nato.

Earlier on Friday Belgian police arrested a man suspected of involvement in Tuesday’s terrorist attacks, following an operation in the Schaerbeek district of the city.

Video footage a man lying on the ground at a tram stop holding a back over the tracks as a bomb disposal robot inspected him, before being dragged away by police.

In a hearing at the Belgian parliament on Friday, Mr Geen, who offered to resign on Thursday, said that someone in the Belgian police force had “blundered” for failing to identity El Bakraoui, one of the Brussels bombers who had been expelled from Turkey. “someone has been negligent, and was not sufficiently proactive”, he said.

In the wake of the suburban raids French President Francois Hollande said the Islamist militant network behind attacks in Paris and Brussels is being destroyed, but there remain other cells that continue to pose a threat.

“We know that there are other networks. Even if the one behind the attacks in Paris and Brussels is in the process of being wiped out, a threat continues to remain,” said President Hollande