São Paulo Letter: Augusto Liberato left nothing to the mother of his three children 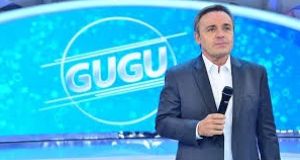 Augusto Liberato, known to everyone as Gugu, was one of Brazil’s best-loved television personalities prior to his death last November.

The death of Augusto Liberato last November stunned Brazilians. The man known to everyone as Gugu was one of the country’s best-loved television personalities. Older viewers felt they had watched him grow up ever since he made his screen debut when still a teenager, given his break after bombarding the owner of one of the big networks with letters full of ideas for shows.

Gugu was both hugely charismatic and very cheeky. His signature contest that helped transform him into a TV legend was having couples in skimpy bikinis and togs fight for a bar of soap in a bathtub. Live on Sunday afternoons.

He also had a reputation for enormous generosity both on and off camera, which makes the events following his untimely death aged 60 after a fall at home all the sorrier. Having invested his TV earnings well Gugu leaves a fortune estimated at about €200 million.

This is now at the centre of an increasingly bitter family dispute that has raised some awkward questions about the homophobia that permeates Brazil.

The will split the inheritance four ways, with each of Gugu’s three children getting a quarter and the rest shared among five nieces and nephews. But nothing was left to Rose Miriam Di Matteo, the mother of his children and, at least as presented on the covers of many celebrity magazines, his partner since at least 1994.

Now she has pitted herself against the children everyone agrees the two parents adored. She has contracted lawyers to have her relationship legally recognised, which could open her way to a share of the fortune. Vehemently opposing her is Gugu’s 90-year-old mother Maria do Céu. “He never had anything with her when he was alive,” she claimed on national television.

A lawyer for the Liberato family told the same programme: “She was the mother of his children. This is the relationship which we know of. They didn’t present themselves as a couple.”

That last claim is easily dismissed by the magazine covers the couple appeared on together over the years. But celebrity magazines are hardly reliable guides to the true nature of a couple’s relationship.

Whatever its motives, the Liberato family’s attempt to downgrade Gugu’s relationship with Rose Miriam has only brought centre-stage long-standing speculation about his sexual orientation.

Now that he is dead, and his family feuding over whether Rose Miriam was his partner or merely a friend under contract to provide him with a family, a Brazilian journalist has taken it upon himself to posthumously out Gugu. Earlier this month, to widespread criticism, Léo Dias revealed the identity of the man believed to have been Gugu’s boyfriend for the last eight years.

On being named, Thiago Salvatico, a Brazilian chef in Germany, also hired lawyers reportedly in an effort to have his own relationship with Gugu recognised by the courts with the attendant implications for the division of the inheritance.

Having won initial sympathy for her treatment at the hands of the Liberato family, Rose Miriam lost some of it by dismissing Thiago as a troublemaker and threatening to sue Dias and anyone else who “stained the honour” of the dead presenter by implying he was gay, a threat that was widely seen as homophobic.

Indeed the spectre of homophobia hovers over the whole affair. During his decades on television rumours trailed Gugu that his public relationship with Rose Miriam was a façade and he was in fact gay.

He came of age working for a station with a record of casual homophobia, mixed in with occasional racism. Gugu revelled in the vacuity of Brazilian network television. But he would have known it as a deeply conservative, when not reactionary, industry. His last show was on a channel owned by the founder of a homophobic neo-Pentecostal church, who is a key ally of Brazil’s – also homophobic – president Jair Bolsonaro.

How Gugu saw and felt about himself and his relationships is now impossible to know for sure. Many see events since his death as the sad denouement to a life lived in the closet. It was possibly much more complex than that. But what does seem clear is that for a huge celebrity he was a remarkably private individual who sought to closely control his public image. Now after his untimely death that effort is unravelling amid a family war over a contested will that has Brazil agog.