For Yemen’s gay community social media is a saviour 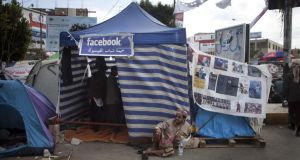 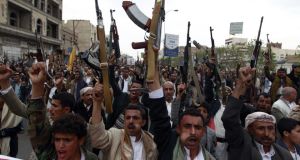 Since the civil war in Yemen began, Kamal al-Solaylee has received more pleas for help than ever. He is a gay Yemeni professor of journalism at Ryerson University, in Toronto, and friends of friends are contacting him with increasing desperation, looking for a way to escape Yemen.

The takeover of much of the country by the radical Houthi militia has had serious consequences for the whole population, but it has been particularly tough on gay Yemenis, many of whom fear they have no future there. Solaylee, originally from Aden, Yemen’s second-largest city, is watching all this unfold from afar, and he often finds himself unable to do more than send online resources.

The gravity of the situation for gay Yemenis is indicated by the fact that most of the sources for this article ask us not to use their real names. Safe in North America, Solaylee allows us to use his. But five people I speak to – four Yemenis and a western aid worker – want to remain anonymous. I will refer to them as Yasser, Sameer, Jamil, Amin and Andrew. Clearly, gay Yemenis now feel a pressing need to conceal their identities.

It is true that, before the civil war, Yemen’s gay community was very much underground. In many ways, however, it was able to thrive. Now it faces an entirely new set of challenges and threats.

Solaylee says a “nascent gay community” existed in Aden, Sana’a – the capital – and other Yemeni cities before the war. For those who could find it “there was a very thriving underground gay scene” all over the country “that revolved around house parties and personal contacts”.

Sameer, a 29-year-old from the contested city of Taiz who now works in Belgium, says that a gay community existed in his hometown. “I had my gay group in Yemen as well,” he says. “We were meeting and we had our own activities.” He had a boyfriend as early as 16.

Not everyone had equal access to that scene, of course. Members of the upper and middle classes, for example, often felt a degree of personal security that allowed them to participate in ways that those of lesser means could not. And there was a discrepancy between the gay male scene and the lesbian community.

“The systematic suppression of female sexuality in Yemen must help to diminish the number of women that feel able to acknowledge sexual desire to their own sex,” Andrew, an aid worker in the country since 2010, says. Nonetheless, he does “hear of plenty of stories of exploration between females”. I could not find one to interview for this article.

For others, gay life centres entirely on social media. “The internet is the only platform where gay people over here can be themselves without the fear that people around us will know the truth,” Yasser, a 27-year-old resident of Sana’a, says. He uses a Facebook account with a false name to administer a small group for gay and bisexual Yemenis. One member, Amin, is a 23-year-old student at Sana’a University who uses the internet in a similar way. Some of his closest friends are gay, and he communicates with them almost daily, but his relationships with them are confined to Facebook. “I’ve known them for a very long time, but I don’t know their real identities or even what they look like,” he says.

There are a handful of Facebook pages focused on Yemen’s gay community. One of them, Gays in Yemen, says it wants to spread “awareness about homosexuality and the promotion of gay rights in Yemen and abroad”. Last month it posted a congratulatory message to the US after its supreme court’s decision on marriage equality. Others, including Gays Yemen and Yemen Gay, primarily post photographs of gay individuals and couples. In many ways Facebook has allowed the Yemeni gay community to come alive even for those who cannot connect with other members of the community in person.

“The Facebook network of second-life gay profiles is truly revolutionary. This has made an amazing difference to the lives of literate gays,” Andrew tells me. But he says that social media is also a weapon in the hands of Yemeni homophobes, who use it to publicise the identities of people they suspect of homosexuality, outing them to their families and tribes.

Yemeni sexual minorities have long endured hardship. Yemen is one of 10 countries in the world in which homosexuality is punishable by death. Traditionally, the death penalty is not enforced, but citizens have been imprisoned for their sexual orientation.

“Due to the government’s persecution, the tribal society and the customs and traditions in Yemen, gays in Yemen are nonexistent in public,” Jamil, a 27-year-old Sana’a resident, says.

According to Sameer, the most serious issue connected to the ban on homosexuality is that victims of hate crimes cannot seek help from the authorities. “I don’t feel like there is anyone to defend me,” he says.

Jamil says, “Gays in Yemen are subjected to all sorts of harassments that might even lead to death. Even those that most accept themselves will still succumb to pressure to get married.”

Raising a family is “the most important duty” in Yemen, so many gay men often find themselves leading uncomfortable lives in heterosexual marriages. Most of them continue to pursue sexual relationships with other men and occasionally have long-term boyfriends. “In some communities,” Andrew says, “it will even be tacitly understood and accepted.”

In the past sexual minorities were at least able to form something like a community. But the civil war has made maintaining that community more difficult than ever.

The war has been tough for all Yemenis. “I was in Yemen since I was small, and we had war before,” Sameer says, “but this war is the worst thing. What you see in the news is nothing compared to the reality. The situation is very bad for people in general and for gays as well. They can’t go out because they don’t feel secure.”

Major cities such as Taiz and Aden have seen protracted battles that affect everyone, but they harm the gay community to an even greater extent by making meetings impossible.

One reason is practical: power outages. This is a hardship for everyone, but especially for gay Yemenis who depend on the support of their online communities. Sameer’s family, for example, regularly loses electricity for long stretches of time. Yasser, to whom I send questions via Facebook, scrawls his responses by hand and photographs the pages, so he can send them to me despite the blackouts.

Nevertheless, Andrew is hopeful that the online community will survive. “The Facebook network is one that will survive the current war intact,” he says. “Internet and power outages may break connections momentarily, but the moment the services return, so the connections will revive.”

Many gay Yemenis are particularly concerned by the rise of radical religious groups. The war has reinvigorated al-Qaeda in the Arabian Peninsula and allowed Islamic State to gain a foothold in the country. Andrew says that al-Qaeda in the Arabian Peninsula is notable for its “executions of people accused of being gay”. He also says that the Muslim Brotherhood, which has a similar record, poses a threat.

Equally worrisome are the Houthis. They are an extremist religious group sworn to restore the imamate that dominated North Yemen until 1962. Solaylee says that part of the Houthis’ motivation for targeting Aden is the city’s liberalism. After two decades of communist rule (along with other factors), Aden remains a bastion of progressivism. It has greater gender equality, more racial diversity and, as the professor puts it, turns a blind eye to homosexuality.

“If there is one place where any kind of nascent gay movement could have been born in Yemen it would have been in Aden,” he says. “Obviously, it’s the target of a very religious-based sect like the Houthis. Their vision of Yemen is very different from the relatively more progressive one.”

As dire as the situation appears, gay Yemenis have not been dissuaded from advocating on behalf of their community. In their own ways activists have taken it on themselves to improve the situation of sexual minorities in their country.

Some are active online, working to maintain and strengthen the gay Yemeni Facebook community. Yasser administers a Facebook group for Yemeni sexual minorities; Sameer manages a page “against the ones who harass the gays in the streets”. Gay Sana’a residents who are victims of hate crimes can contact Sameer privately to report an incident. He will publish a description of the perpetrator and information such as licence-plate numbers, so that other gay Yemenis know to be wary if they encounter the person.

Solaylee has written a memoir about his experiences as a gay man in the Arab world, entitled Intolerable: A Memoir of Extremes, and works to foster a conversation about these issues in the Yemeni diaspora. He has also lobbied the US state department, urging it to prioritise Yemeni sexual and religious minorities seeking visas and refugee status.

Back in Yemen, Jamil hopes to start building a gay-rights movement after the war. Several people I speak with note the absence of any institutionalised effort towards equality, but Jamil says he is “ready to gather a large amount of gays, and we will be a special organisation”. He says that any such group would have to begin in secret but that it might become more public over time. He appeals to Europeans and Americans for “educational, moral and financial support”.

Despite the carnage of the Yemeni civil war, many members of the gay community continue to help one another and strive for progress. But, even as I write this, anti-Houthi forces are making tremendous advances in Aden, capturing the city’s main port and pushing the Houthis out. Just as pro-government forces are liberating that urban stronghold of progressive culture, the whole of Yemen may soon be liberated as well, and the Yemeni gay community will have fresh opportunities to advance its rights.

Even in peacetime, however, homosexuality in Yemen was suppressed. Whatever the outcome of the civil war, the country’s gay community has a tough battle ahead before there’s any semblance of widespread acceptance. Ben Gladstone is a fellow at the Tower, an online magazine specialising in Israel and the Middle East, where a longer version of this piece first appeared. You can read it at iti.ms/1J476aP. Tower.org is part of theisraelproject.org