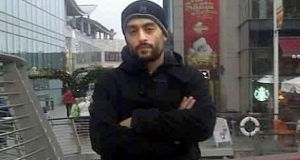 The circumstances surrounding the death of Hisham Habbash remain unclear given the difficulties of obtaining reliable information from inside the country. His family, who live in Dublin, learned of his death on Friday through a post on Facebook.

A Libyan-born man who grew up in Ireland has been killed in Syria, bringing to four the number of people with Irish links who have died after joining rebel forces battling President Bashar al-Assad.

The circumstances surrounding the death of Hisham Habbash (29) remain unclear given the difficulties of obtaining reliable information from inside the country. His family, who live in Dublin, learned of his death on Friday through a post on Facebook.

It is understood Mr Habbash was shot dead during fighting between rebels and regime forces near the northeastern town of Raqqa.

The Habbash family, who are Palestinian, moved from Libya to Ireland when Hisham was very young. He took Irish citizenship and graduated with an engineering degree from UCD. Mr Habbash left Ireland earlier this year to work with Syrian refugees in Turkey.

While there he decided to cross the border to join rebel forces inside Syria.

“From my conversations with him it was clear that he had been very affected by what he had seen and heard about the atrocities in Syria,” his father Ahmed, a retired IT lecturer, told The Irish Times. “He watched a lot of clips on YouTube of what was happening.”

No training
Mr Habbash tried to persuade his son not to go to Syria. “He had no experience, no training. I told him to come back to Ireland and we would discuss how he could help the Syrians in other ways.

“He was planning to return to Ireland for the beginning of Ramadan in a few weeks time.”

Mr Habbash is the fourth person with links to Ireland to die after joining rebels in Syria.

In late April, Jordanian-born Alaa Ciymeh (26), who grew up in Dublin, was killed. In February Libyan-born Shamseddin Gaidan (16) from Navan was killed after he went to Syria without his parents’ permission. Egyptian-born Hudhaifa ElSayed (22), from Drogheda, was shot dead by regime forces in northern Syria in December. He had travelled to Syria as part of Liwa al-Umma, a rebel brigade founded by a Libyan-Irish man named Mehdi al-Harati, who also commanded a unit during the Libyan revolution.

Up to 20 men from Ireland are estimated to have joined rebel forces in Syria.

Senior figures in Ireland’s Muslim community have tried to discourage others from going to fight.

Distinction
Mr de Kerchove said that while he believed “the bulk” of European fighters in Syria were “very much inspired by the al-Qaeda narrative” it was important to make a distinction between more radical types and what he called “idealists who are going there like the French writer Andre Malraux went to Spain” during its civil war in the 1930s.