Will the real Elena Ferrante please stand up? 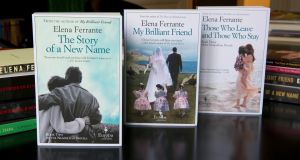 Fans of Elena Ferrante, the best-selling Italian novelist, can breathe a sigh of relief, or can they?

In recent years, Ferrante has become something of a literary phenomenon, a best seller of more than a million copies worldwide. Her best known books are probably the so-called “Neapolitan Novels”, a quartet published between 2012 and 2015 which tell the tale of two intelligent Neapolitan girls trying to survive in today’s Napoli.

Recently, US presidential candidate Hilary Clinton admitted she found the Neapolitan novels “just hypnotic”, adding that she had become “totally engulfed” in the work.

Whatever about the literary value of Ferrante’s work, however, there is no denying that the novelist’s insistence on using a psuedonym has added a boatload of intrigue. Allegedly a very private person, Ferrante has in the past suggested that “books, once they are written, have no need of their authors”, implying that she needs to be anonymous to write.

Last weekend, however, to the annoyance of many of her fans, that anonymnity was shattered by Italian journalist Claudio Galli, writing in the New York Review of Books as well as in Italy’s Il Sole 24 Ore, the Frankfurter Allgemeiner Zeitung and the French Mediapost.

He claimed that Ferrante’s real name is Anita Raja, wife of Italian novelist Domenico Starnone and a woman who works as a translator for O/E, the Italian publishers of Ferrante’s work. Worse still for those who love the mystery and intrigue, Raja apparently confirmed the claim, sending out a tweet in which she wrote: “I confirm it.  I am Elena Ferrante. But this changes nothing in readers’ relationship with Ferrante’s books. I will not be talking about Elena Ferrante, nor will I answer to her name, nor will I say anything about her books...”

So, that’s it then.   The mystery is over.  People can stop annoying the Ferrante fans by claiming that the books were, after all, written by a man.

Not quite. The publishing house of E/O on Wednesday morning claimed that it had contacted Anita Raja, who assured them that she had written no such tweet. So the search for the “Loch Ness” author, whose head had apparently come out of the water for a moment, goes on, much to the relief of fans.

Writing in the Times Literary Supplement this week, Frances Wilson probably spoke for many Ferrante fans when commenting: “He [Gatti] thinks he has put us out of our misery, but no-one really wanted to know the identity of Elena Ferrante. It was a puzzle we enjoyed, and now Gatti has waded in and spoiled the game.”

For his part, Gatti has said that, after months of investigation, he is certain that Anita Raja is the writer beind the nom de plume Elena Ferrante. The mystery continues, as do the sales of Ferrante books.

On Monday, Associated Press reported a “surge in sales” of the Neapolitano quartet, following the alleged revelation of Ferrante’s real name. Only one thing worse than being talked about, anonymously or otherwise...

Will the real Elena Ferrante please stand up?