Analysis: An extension is possible with the agreement of all 28 member states

Theresa May speaks outside Downing Street after winning a confidence vote in her leadership of the Tory party. Video: Reuters 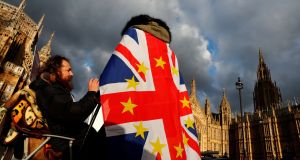 Political turmoil in the UK and its looming departure from the EU on March 30th may force London to seek more time for talks on its withdrawal.

That would mean extending the two years provided for in article 50 of the Lisbon treaty for the conclusion of talks on withdrawal and setting a departure date.

The article does, however, allow for an extension of the time frame if “the European Council [EU leaders’ summit], in agreement with the member state concerned, unanimously decides” to approve it. In other words, with the agreement of all 28 member states.

Should the UK make such an application, diplomats are confident that permission would be forthcoming on condition it be short and strictly time-limited, and that, in the words of one official, “it happens in the context of an imminent likely agreement” on the terms of withdrawal.

On the other hand, should the UK wish to withdraw its application to leave completely, it can do so unilaterally until it signs the withdrawal treaty. That was confirmed on Monday by the Court of Justice of the European Union.

That decision has played into some of the debate in the UK, although observers in Brussels are convinced that the issue is largely academic – no EU member state would seek to obstruct a UK wish to stay in.

A third procedure applies to approval of the withdrawal agreement treaty, which “shall be concluded on behalf of the [European] Union by the council, acting by a qualified majority, after obtaining the consent of the European Parliament”.

That “qualified majority” – an enlarged majority – means no single or small number of member states can block the agreement.

When it comes, however, to the agreement on the UK’s future relationship with the EU, which is still to be negotiated, a decision of the European Council must be by unanimity because it will include trade elements. Each member state and parliament will have a veto – a Belgian regional parliament on its own blocked the Canadian trade deal a couple of years ago.

Article 50 of the Lisbon treaty provides that: “The treaties shall cease to apply to the State in question from the date of entry into force of the withdrawal agreement or, failing that, two years after the notification referred to in paragraph 2, unless the European Council, in agreement with the Member State concerned, unanimously decides to extend this period.”