EU Commission floats measure ahead of Brexit summit in Brussels 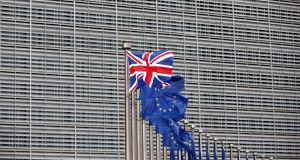 Ireland could be allowed to limit welfare benefits to migrant workers from other European Union member states under a proposal under consideration by the European Commission last night ahead of a key EU summit on Britain’s membership of the bloc.

EU leaders, including Taoiseach Enda Kenny, will meet in Brussels today in an effort to reach agreement on a revised settlement on Britain’s EU membership ahead of an expected referendum later this year.

Among the issues to be settled ahead of the summit is that of in-work benefits for migrants, amid continuing concern among central and eastern European member states that other countries could follow Britain and introduce curbs on migrants’ benefits.

One solution mooted by the commission is that limits on in-work benefits for migrants would be applied only to the three countries that opened their labour markets immediately to central and eastern European countries that joined the EU in 2004 – Ireland, Britain and Sweden.

This would allow the EU to “make the mechanism as UK-specific as possible”, according to one EU source.

It said the Coalition would “seek to have the entitlement modified to reflect the cost of living where a child is resident”.

Tánaiste Joan Burton has previously raised the issue with the commission.

Paying child benefit at lower rates to children of EU citizens living outside the UK has featured in the negotiations on the British reform package.

A proposal to index link the payment to the rates in the home country, rather than British child benefit rates, has been discussed.

Sources said Ireland is likely to follow suit if such a deal is offered to Britain, adding that it would be possible for the Department of Social Protection to index link child benefit payments in respect of non-resident children to the rates of other EU countries.

While most EU countries chose to impose transitional labour restrictions on new migrants arriving from the 10 countries that joined the EU in 2004, Britain, Ireland and Sweden chose to open their labour markets completely.

The commission is now considering recognising this fact as justification for allowing Britain to curb migrants’ access to benefits.

Mr Kenny said he was broadly supportive of the measures to be discussed, saying he was travelling to “talk up for Britain” and expressing confidence an agreement could be reached.

“Consequences of failure here would have a direct impact on the Irish economy,” he said.

He denied a British vote to leave the EU would “force Ireland out of the union”, saying that voters had linked the country’s future to the EU and the euro zone in the fiscal stability referendum in 2011.

“We will not leave the European Union. That is the position,” he said.

In a letter to EU leaders ahead of the summit, European Council president Donald Tusk said that while negotiations were advanced and had momentum there was no guarantee of success.

The issue of limiting in- work benefits to EU migrants is the most difficult in the negotiations, along with a proposal to pay child benefit at lower rates to children living outside Britain.