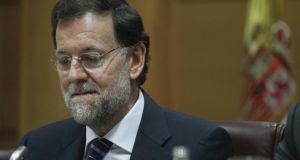 The Spanish government has reportedly watered down a reform of the abortion law it is preparing to send to parliament, after its original draft law sparked a fierce backlash from pro-choice groups.

In what appears to be a substantial alteration to the original reform, the Bill will now allow women to terminate pregnancies if the foetus has some form of deformation, according to el País newspaper, which quoted members of the government.

In December, the conservative Popular Party (PP) of prime minister Mariano Rajoy unveiled the first version of the Bill, which sought to introduce new restrictions for women who want to have abortions. It proposed only allowing voluntary terminations under two circumstances: if the pregnancy is the result of a rape, or if the mother’s health is in jeopardy. It also required two doctors to authorise the procedure.

However, the Bill has been beset by controversy, with women’s groups and other pro-choice organisations particularly critical and staging several mass demonstrations across the country.

The opposition Socialist Party, which in 2010 introduced the current legislation, allowing abortion without restrictions until the 14th week of pregnancy in most cases, warned the reform was reminiscent of the Franco era.

According to el País, although the government’s new version of the Bill has not specifically added malformation as a condition allowing an abortion to take place, the wording of the law will be such that, in practice, this will be the case.

In such circumstances, women will be able to claim their health is in danger. The government, which has a majority in both congress and the senate, is expected to unveil the final reform Bill in July. It is likely to be debated in the winter.