One dead and six injured in Toulouse shooting 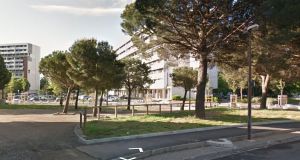 One person was killed and six others were injured following a shooting in the southern French city of Toulouse on Monday night, according to local media.

Local press reported that a gunman on a scooter opened fire at about 9pm local time in the La Reynerie district of Toulouse, reported Agence France-Presse.

“No possibilities are ruled out, but there is at this stage no indication of any terrorist element” connected to the incident, an official told local press.

It is believed the shooting may be a revenge killing, a source close to the enquiry said.

Local officials said extra security had been deployed to the area.

1 Gardaí break up rave attended by 60 people at Dublin flat complex
2 Brexit: Irish hauliers seek State help to bypass UK ‘land bridge’
3 The FinCEN files: The billion dollar a month money trail
4 The Sack of Balbriggan: The burning of a town that shocked the world 100 years ago
5 Coronavirus: 396 more cases as public is urged to help protect ‘older and vulnerable’
Real news has value SUBSCRIBE