Taken from a rooftop nearby, this amateur footage shows the attack on the offices of French satirical newspaper Charlie Hebdo. Video: francetv 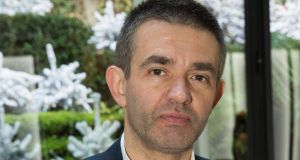 Sigolène Vinson picked up a cake at a local boulangerie on her way to work that morning. It was Charlie Hebdo’s first day back after the New Year, and Luz, one of the paper’s cartoonists, was celebrating his birthday. When she arrived, Tignous, a cartoonist, was preparing coffee in the kitchen. They gathered in the office for the editorial meeting just before 10am, greeting one another warmly, like the old friends they were, and chatting about the holidays. Lila, the paper’s resident cocker spaniel, was scampering at people’s feet.

In a series of interviews in recent days, survivors of the massacre at Charlie Hebdo’s offices have described the events of last Wednesday, when two Islamist gunmen killed 10 of their colleagues. The accounts, published in Le Monde, Libération and L’Humanité, shed new light on the modus operandi of the murderers and give insights into the horror of that morning.

At the meeting, according to Vinson, a legal writer with the paper, the discussion centred on the new novel by Michel Houellebecq, Soumission, which imagines a Muslim winning the French presidency in 2022, enforcing religious schooling and polygamy. The staff talked about racism, the role of literature and the recent anti-Islam marches in Germany. Some defended Houellebecq, but others worried about the “rise of fascism” in society, Vinson recalled.

The discussion turned to the subject of French jihadis, according to the columnist Philippe Lançon, who recounted events in Libération. Tignous, himself a child of the banlieues, wondered whether France had done enough to prevent people becoming such “furious monsters”.

At one point, Vinson went to the kitchen to get a coffee. She remembers thinking to herself, as she listened to the debate raging in the conference room, how lucky she was “to belong to this team, to be among such funny, intelligent, kind people”.

Vinson hadn’t yet returned to the meeting when they all heard what sounded like a “pop”, followed by another. Unknown to them, two men had come to the front door and forced the cartoonist Corinne “Coco” Rey at gunpoint to enter the security code. (Rey told L’humanité she had gone out to collect her daughter from the creche.)

The two “pops” were bullets that pierced the lungs of Simon Fieschi, the 31-year-old webmaster whose office was nearest the door. Someone asked if it might be a firework.

Vinson saw Franck Brinsolaro, a policeman who protected the paper’s editor, Stéphane “Charb” Chanbonnier, move towards the door while reaching for something – perhaps a pistol – on his hip. She threw herself on the floor and began to crawl towards the office of two colleagues, Luce and Mustapha.

She was still on the floor when she heard the door to the editorial floor burst open and a man shouting “Allahu akhbar”, or God is Greatest. From the same voice, a question. “Where is Charb?”

“As I crawled along the floor I heard gunshots,” she told Le Monde. “I didn’t want to turn around as I didn’t want to stare death in the face. I was sure I was going to die. I crawled, and my back hurt, as if I had been hit in the back.”

Vinson wasn’t shot. She reached Luce and Mustapha’s office and managed to hide behind a low wall. She saw Mustapha, a copy-editor, drop dead. “It wasn’t bursts [of gunfire],” she recalled. “They fired bullets one by one. Slowly. Nobody shouted. Everyone was dumb-struck.”

She heard steps coming closer, then all of a sudden a man in a black mask with a “gentle” look and “big black eyes” peered down at her. It was Saïd Kouachi. “Don’t be afraid,” he told her. “Calm down. I won’t kill you. You’re a woman. We don’t kill women. But think about what you do. What you do is bad. I’m sparing you, and because I’m sparing you, you’re going to read to Koran.”

She remembers how cruel she felt it was, to tell her not to be afraid, when “he had just killed everyone and was pointing a gun at me”. She maintained eye-contact, hoping to keep his attention so that he wouldn’t spot Jean-Luc, another colleague who was hiding nearby.

Back in the main room, where the second gunman, Chérif Kouachi, was standing, Elsa Cayat, a columnist and psychoanalyst, had been shot dead. “We don’t kill women,” Saïd yelled at his brother, three times. Then they vanished from Vinson’s sight. A few minutes later, still crouched on the ground, she heard distant shots coming from the street below. “I heard Lila [the dog], Lila’s little steps, walking past Mustapha.”

What followed was a “horribly silent” minute, Philippe Lançon wrote in Libération. When the shooting broke out around him in the conference room, “I played dead, thinking that perhaps I was, or was about to be.”

He was shot in the cheek and, when the men in black left, he found himself wedged under two dead bodies. Nearby, Fabrice Nicolino, who had been shot in the legs and abdomen, was surrounded by a pool of blood. The dead – Charb, Tignous, Elsa, Franck, all of them – were lying face-down.

Patrick Pelloux, a columnist who arrived after the massacre, ran to Charb and checked for a pulse, caressing his friend’s head and repeating the words “my brother”.

Vinson had to climb over some of the bodies to reach her mobile phone in her coat pocket. She phoned the emergency services. “It’s Charlie,” she said. “Come quick. They’re all dead.”