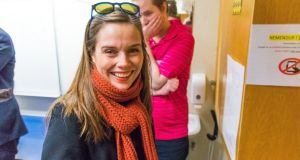 Icelanders are going to the polls for the third time in four years.

The vote comes as Iceland tries to shake off the latest political crisis to hit the country since its economy was ravaged by the global financial crisis in 2008.

Polls suggest there will not be an outright winner in Saturday’s parliamentary election, triggering complex negotiations to build a coalition government.

A record eight parties could cross the 5 per cent threshold needed to qualify for seats in the Icelandic parliament, the Althingi.

Smaller parties are benefiting from a series of scandals affecting the ruling Independence Party.

Political analysts say the most likely outcome eventually is a coalition government led by Katrin Jakobsdottir of the Left Green Movement, a 41-year-old who holds a graduate degree in Icelandic literature. - AP