Helsinki is taking a strong line, but this Greek-Finn union can see both sides 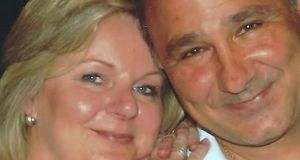 With the news of threats, demands and ultimatums from Brussels, Stathis Bolanos decided that his wife would have to pay the price for her country’s obduracy towards Greece and its refusal to participate in any new bailout for Greece.

“You can make your own coffee this morning because Finland is against Greece,” he announced as he woke her up on Sunday morning. He’d just heard the news on the TV about the inconclusive eurogroup meeting of the previous night.

“He was joking, of course, but this is what I woke up to this morning. I hadn’t a clue before then that things had got so bad between the two countries,” says Maarit Willberg (55), who first moved to Athens as a teenager when her father, an employee with a Finnish shipping company, worked for a few years in Greece.

She returned to Finland aged 19, but would return to Greece 10 years later to marry Stathis, her teenage sweetheart, in 1989. They live in northern Athens with their son, Haris (17).

Her native country’s hard line approach – Finland is among the cluster of countries open to a Grexit – in negotiations with a country that has been her home for over 30 years has affected her deeply.

“When you see two people you love fighting with each other, it leaves you feeling sad,” she says, acknowledging that the two countries are “completely different”.

“Finnish people are awfully honest and law-abiding, whereas in Greece people tend to do their own thing. Yes, the Finns have been struggling for what they have, their social security system, since the second World War. But how can they expect Greece to change overnight? That’s impossible.”

She’s in regular contact with childhood Finnish friends and those who have visited her in Athens are much more understanding of Greece’s plight than certain Finnish parties.

“One friend comes every year and has seen how the real people live, on low wages, without a proper health or education system, and with none of the welfare benefits that people take for granted in Finland,” she says.

“In Finland, everyone is in a trade union. In Greece, you can forget about getting a job in the private sector if you’re a union member,” Willberg points out. A teacher at a private kindergarten, she was laid off at the end of term just like every other year and will only be rehired in September “if the playschool has enough enrolments”.

Her husband, who works in insurance, says that he’ll be directly affected by the new austerity measures proposed by his government as he was planning to retire in four years at 62, after working 40 years.

Bolanos says his salary has been halved since 2007. The last reduction was in February when his employer presented him with an ultimatum: an immediate pay cut of €350 or else.

The thought of having to pack up for Finland “is always at the back of your mind, especially in the last few months”, Willberg says. “As long as we have work, we’ll stay here. But if one of us loses our job, we’ll have to think about plan B.”

“If the Greeks could use all that for their own benefit, they would need no one. Instead of looking at how green the grass is elsewhere, they should admire their own grass. I’m proud to be Finnish and have never taken out Greek citizenship. But I also love this country.”