Police will be allowed to take assets and cash above €1,340 from asylum seekers 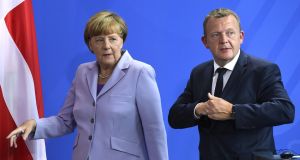 Following four hours of debate, 81 MPs from across the parliament backed the new migration Bill, 27 opposed, one abstained and 70 others absented themselves.

The most disputed measure in the Bill, to be signed into law later this week, allows police to seize cash above 10,000 Kr (€1,340) as well as any individual items valued at more than that amount. Wedding rings and other items of sentimental value will be exempt.

Bristling at comparisons to Nazi-era persecution of Jews, Denmark’s ruling Venstre party said it brought migrants in line with jobless Danes who have to dispose of assets above a certain level before being entitled to benefits.

Denmark is not the only country to operate such a system. Switzerland requires asylum seekers to hand over assets above around €900. German rules differ from state to state. Bavarian authorities reserve the right to confiscate asylum seekers’ assets above €750. In neighbouring Baden Württemberg, asylum seekers can keep €350 while further north in Hesse, the limit is €200.

Many federal states do not have an official policy while German federal police say they do not systematically search asylum seekers on arrival.

International organisations lined up to condemn the Danish immigration bill yesterday, with the UN refugee agency (UNHCR) warning the new regime could cause hardship and harm.

“It runs the risk of fuelling sentiments of fear and discrimination rather than promoting solidarity with people in need of protection,” said UNHCR spokesman Adrian Edwards in Geneva.

Among the new Danish rules, asylum applicants facing individual persecution, and granted a higher form of protection, will have residence permits cut from five years to two.

Meanwhile, the waiting time for family reunion applications has been tripled to three years for those fleeing indiscriminate violence rather than individual persecution.

International organisations warn that this waiting period – for a process that may take many years – may be a violation of the European Convention on Human Rights, the UN Convention on Rights of the Child and the UN Refugee Convention.

Amnesty International said the three-year reunion rule could “have a devastating impact on families, including their rehabilitation from experiences of trauma and their ability to integrate and adapt to life in a new country”.

The measures will apply to new arrivals and those already in the Danish asylum system. In addition all asylum applicants will be obliged to pay €500 for their residency permit. Adding further fuel to the debate, a senior EU official said that more than half of refugees arriving in Europe from the Middle East are economic migrants and not asylum seekers fleeing the horrors of war in Iraq or Syria.

Frans Timmermans, first vice-president of the European Commission, told Dutch national broadcaster NOS that new, unpublished, figures from EU border agency Frontex, showed: “More than half of the people coming to Europe come from countries where you can assume they have no reason to ask for refugee status . . . more than half, 60 per cent.”