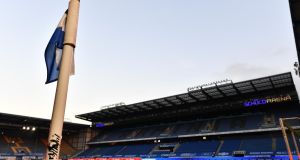 A month after the country’s 80,000 hair salons were ordered to close, and home hairstyling appointments were banned, the German hairdressers’ association (ZdF) has written to the German Football Association (DFB) about the miraculous appearance of leading players.

“On the most recent day of play we were amazed to see a large number of professional footballers presenting themselves on the pitch with freshly-cut hair,” said the ZdF letter. “Shaved sides, neck and temple hair trimmed to mere millimetres with clear contours. Hairdos, in other words, that only professional hairdressers can cut with professional equipment.”

Hairdresser association president Harald Esser told the Bild tabloid he was struck by the chutzpah of the players – and their hairdressers.

“I’m a professional hairdresser and not even I would do that,” he said.

Germany’s Bundesliga first division was allowed to return last October after a months-long hiatus, with strict Covid-19 testing and no fans in the stadiums.

In its furious letter, the hairdressers’ association warned the football association that its players were abusing this privilege.

“Footballers are a role model, not just for young people,” the letter continued. “That’s why we are appealing to you in the DFB to show solidarity with us and send a signal against black-market work.”

Mr Esser said that, as well as taking cash under the table, hairdressers who work for footballer clients despite the lockdown were making life difficult for their colleagues.

“Customers keep calling and ask for appointments off the books and, of course, we keep saying no,” added the ZdF head.

The football association had no comment on Wednesday, but there may be a simple explanation for this hairy problem.

Five days ago a western German administrative court ruled that the forced closure of hairdressers did not apply to salons specialising in pets.

The court noted that the Covid-19 restrictions justify the ban on hairdressers and tattoo parlours, as they are unable to offer their services and keep a 1.5m distance between two people.

As a dog is, clearly, not a person, the court said pet salons were free to do their business. Handing over a dog to be groomed, the judge said, is no different to handing over a broken bike to be repaired. If bike shops can remain open, so too can pet salons.