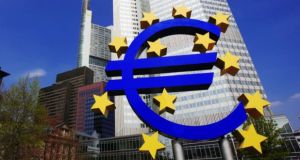 Budgetary control has always been seen as the preserve of sovereign countries, but the fact that budgets must now be signed off by the European Commission represents a ceding in power to Brussels on matters of fiscal policy.

The decision to shift the budget date to October from its usual December slot reflects changes at a European level. For the first time this year, the 17 countries which share the euro currency must submit their budgets to the European Commission by October 15th for scrutiny.

The rules, known as the “two pack” regulations which entered into force this year, reflect an attempt by euro zone authorities to integrate euro zone countries’ economic and fiscal policy. It follows on from the introduction of the so-called “six pack” rules on economic governance, which Ireland voted to introduce in the fiscal compact treaty in May 2012, and which apply to all 28 European member states.

Both sets of regulations can be seen as an attempt by Brussels to strengthen the Stability and Growth Pact, the EU’s agreement on fiscal policy which dates back to the late 1980s, and which was exposed as woefully inadequate by the financial crisis.

While the pact set out specific targets for each country, the euro zone crisis revealed that most countries had failed to stick to the targets, with Europe turning a blind eye to blatant flouting of fiscal requirements.

Nonetheless, while the new two-pack rules are a natural outcome of the pact, they represent a significant shift in budgetary power from national states to Brussels, even though euro zone authorities insist that details of tax rises and spending cuts will remain the preserve of national governments.

Budgetary control has always been seen as the preserve of sovereign countries, but the fact that budgets must now be signed off by the European Commission represents a ceding in power to Brussels on matters of fiscal policy. For many commentators, greater fiscal integration in the euro zone is an inevitable outcome of having a currency union.

Under the two-pack rules, all euro zone countries must submit their draft budgets to Brussels by today. They will then be reviewed by economic experts in the European Commission, with the commission presenting its opinion on these around November 15th. A special euro group or meeting of euro zone finance ministers has been convened for November 22nd in Brussels to review those opinions.

As happens each year, some changes are expected as budgets pass through the various national parliamentary processes. While in theory Brussels could demand changes to each member state’s budget, informal discussions at a technical and senior official level have been ongoing between the European Commission and each national finance ministry over the past few months, so Brussels is not expected to find any huge surprises in any draft budget.

Ireland is one of the last euro zone countries to announce its budget, though fellow bailout-country Portugal also announces its budget today. Over the last few weeks countries across the euro zone have been unveiling their draft budgets for 2014 to national parliaments, in close consultation with Brussels.

The challenges of implementing tough fiscal measures have been revealed from Paris to Athens.

Euro group chairman Jeroen Dijsselbloem, who is also finance minister of the Netherlands, was forced to cancel his trip to the IMF meeting in Washington last week as his government struggled to get its budget through the Dutch senate.

France is also under particular pressure from Brussels and Berlin, with the commission already granting the country two extra years to bring its deficit in line with European targets.

Many analysts argue that France’s budgetary plans don’t go far enough, but the strong performance by the far-right National Front party in Sunday’s local election encapsulates the political challenges facing governments across the euro zone as they introduce more cuts and tax hikes on an increasingly austerity-weary public.