High-flying U-2 aircraft accounts for ‘more than one half’ of reports, according to document 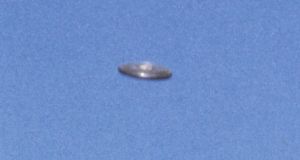 The CIA says that most UFO reports could be traced to flight logs of Lockheed U-2 and later the OXCART project. Photograph: Reuters/Hannah McRoberts

The Central Intelligence Agency (CIA) has tweeted a declassified document that claims responsibility for over one half of all UFO reports made during the late 1950s and 1960s.

The document, titled The CIA and the U-2 Programme, 1954-1974, was the most read item on the Agency’s ‘Best of 2014 List’ and details flight testing of the Lockheed U-2 aircraft at higher altitudes than would have been normal for planes at the time.

“High-altitude testing of the U-2 soon led to an unexpected side effect; a tremendous increase in reports of unidentified flying objects (UFOs),” the document says.

The CIA attributes the sun reflecting the “silver bodies” of the U-2 to the shapes and glints in the sky that were reported by people on the ground and by commercial pilots flying at lower altitudes.

“At this time, no one believed manned flight was possible above 60,000 feet, so no one expected to see an object so high in the sky,” it says.

The U-2 Programme was developed by the US government in the 1950s to test the potential of using high-flying aircraft for reconnaissance missions.