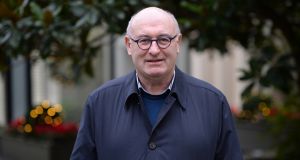 British prime minister Boris Johnson will abandon his pledge not to extend the transition period for the UK’s exit from the European Union beyond December 2020, European commissioner Phil Hogan believes.

“In the past, we saw the way the prime minister promised to die in the ditch rather than extend the deadline for Brexit, only for him to do just that,” said the recently appointed EU trade commissioner.

“I don’t believe prime minister Johnson will die in the ditch over the timeline for the future relationship either,” Mr Hogan said in an interview with The Irish Times, referring to the need to negotiate the terms of the UK and EU’s future relationship within a transition period.

The former minister described as “very odd” the British government’s decision to include a clause in legislation ruling out an extension of the transition period beyond the end of 2020, suggesting the move was a political “stunt”.

‘Good of the nation’

Mr Hogan said “prime minister Johnson had delivered a very impressive majority [in the recent UK election]. Now he needs to show leadership and use that majority for the good of the nation.”

A good Brexit deal could have a unifying effect after what had been a divisive period for the UK, Mr Hogan continued, but on the flipside a no-deal Brexit would pour salt into wounds and risk dividing families, communities and regions.

“Too much of the debate in the UK over the past four years was based on the false notion that it is possible to make a clean-break Brexit while retaining all the benefits of EU membership. Now that the political deadlock at Westminster is broken the next phase of Brexit needs to be based on realism and hard facts.

“Any ‘having our cake and eat it’ rhetoric will not fly. Both sides need to proceed calmly and coherently,” said Mr Hogan.

Asked about the addition of a clause to the UK’s Brexit Bill ruling out any extension to the transition period beyond the end of 2020, Mr Hogan said: “At first sight this seems very odd indeed. From our point of view it is important that we move from stunt to substance. It would be helpful if the focus was on content rather than timetables.”

The Bill, based on the EU-UK withdrawal agreement, is due to complete its passage through the British parliament in January.

Mr Hogan said discussions on the future relationship would involve complex and difficult choices. An ambitious free trade agreement along the lines envisaged in the earlier withdrawal deal struck with Mr Johnson’s predecessor Theresa May had been made more difficult to achieve.

“Yet there are positive aspects for making progress. We are not starting from scratch: 45 years of EU membership has led to deep integration in trade and investment and integrated supply chains. At the same time, however, the UK wants to disentangle that integration and diverge from the EU. This will have negative consequences for our economies.

“An ambitious free trade agreement will not change the facts on Brexit. Particularly on goods the UK government has so far avoided any statement of the UK aligning with the EU on regulatory aspects. We all have to come to terms with the reality that Brexit means there will be two markets, not a single market.”

He said barriers to trade that EU membership had abolished would now have to be re-erected, not because the EU wanted to do so but because the UK had chosen it.

“As things stand the UK wants to leave the single market and customs union. This move still baffles me because the full consequences of that decision are still not understood in the UK. Why trade a Rolls Royce for a second-hand saloon?”

The commissioner said preserving the integrity of the single market remained the top priority for the EU and this was not just the view of the European Commission but of the 27 remaining member states.