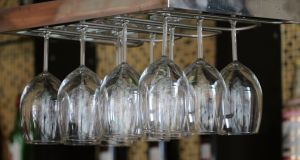 Seven people died and more than 130 others were taken to hospital in Cambodia after drinking rice wine that health authorities believe was adulterated with a toxic substance.

The health ministry said the incident happened on Saturday in a remote rural area of central Cambodia’s Kampong Chhnang province, where villagers drank the wine at a funeral ceremony.

It said a toxic substance in the wine was the cause of the deaths.

Most of the people who were sickened are recovering, with some already released from the hospital, it said in a statement.

Dangerous cheap but powerful alcoholic drinks are a perennial problem in Cambodia’s poor rural areas, and several accidental poisonings are reported each year.

Often the alcohol is not distilled properly and contains methanol, which can kill even in small amounts.

Rice wine is typically homemade and is popular at social gatherings, although in at least one case the tainted wine was a bottled brand made in the capital, Phnom Penh, that had been sold in provincial markets for several years without incident.

The health ministry said it sent three experts to the village on the day of the incident to investigate the situation and make sure sales and consumption of the wine were immediately stopped.

In one of the worst such incidents, 14 villagers died and more than 200 others were sickened in the northeastern province of Kratie in May 2018 after drinking rice wine containing methanol. – AP