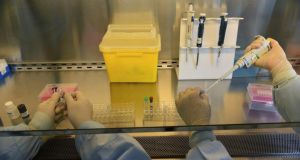 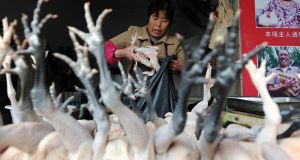 China has identified two new cases of a new strain of bird flu, and one of the victims has died, in the eastern city of Hangzhou, state media said today, bringing to nine the number of cases detected to-date.

State television announced the news on its official microblog, but gave no further details.

Of the seven other cases of the new H7N9 strain, two have died, both in the business hub of Shanghai. The other five are in a critical condition in hospital in Nanjing.

Shanghai, Nanjing and Hangzhou are all close to each other in eastern China.

The agriculture ministry said it had yet to find any animals infected with H7N9, though added it was possible it had been bought to China by migratory birds.

The World Health Organisation said on Monday that the first three cases had shown no evidence of human-to-human transmission, but that there were questions to answer about the source of the infection and the mode of transmission.

China has stepped up its alert level since the cases came to light and has said it is being transparent in dealing with the outbreak.

China has a chequered record when it comes to tackling bad news, which has been known to be covered up by officials fearing it may attract unwanted attention from superiors and damage promotion prospects.

In 2003, authorities initially tried to cover up an epidemic of Severe Acute Respiratory Syndrome, which emerged in China and killed about a tenth of the 8,000 people it infected worldwide.