While Burmese society is far freer since 2009, laws keep the army firmly in control

When the military regime in Burma fell it brought about many changes for the Burmese people, but with elections to take place in 2015 many feel these freedoms are being reigned in. Video: Jennifer Duggan

The lifting of censorship in Burma has given rise to a burgeoning media sector. Photograph: Jennifer Duggan

Snarling, beeping traffic jams are something new in Yangon. They are a headache for the city’s commuters but are also a sign of Burma’s progress. Streets where seven years ago barefooted monks in saffron robes were beaten and shot for protesting against the brutal military dictatorship are now filled with shiny imported cars.

It is five years since Burma emerged from half a century of brutal military rule and pro-democracy leader Aung San Suu Kyi was released from house arrest. Over that time, there have been many changes – political prisoners have been released, strict censorship laws lifted and the economy has opened up to international investment.

However, much-hoped-for political progress has faltered, leading to criticism from Suu Kyi that the transition to democracy has “stalled”. “There are many changes that have to be undertaken in this society before we can become a truly democratic one,” she told an audience at the Women’s Forum for the Economy and Society last month in the capital Naypyidaw. “The so-called democratic reform process is not much of a process at the moment. It is a word. It is an expression. It is not really developing,” she said.

At the end of January, Human Rights Watch said in its World Report 2015 Burma’s human rights situation had declined in 2014, setting back progress since the reform process began three years ago. Donors and influential governments had done little to pressure the army and government to keep reforms on track, it said.

After Aung San Suu Kyi’s release from decades of house arrest in her crumbling villa on the outskirts of Yangon, it has been hoped that she would become Burma’s next president and lead the country to a brighter future. She herself has publicly said that she wants to be president but is barred from the top position under a clause in the military-drafted constitution that prevents candidates with a foreign-born spouse or children from running.

It is widely believed the clause was drafted specifically to keep the iconic democracy activist out of the presidency as her late husband and both her children were born in Britain. “This clause is very personally focused, everybody knows. The whole nation would like her to be president,” said Myo Yan Naung Thein, director of the Bayda Institute, a political training school linked to Suu Kyi’s National League for Democracy (NLD) party. “I don’t think the military will allow Aung San Suu Kyi be president,”

There had been expectations, particularly among the international community, that the nominally civilian government led by President Thein Sein would change the clause ahead of a landmark general election expected later this year. But it is now almost certain the government will not make the necessary changes, ruling out the possibility of Burma’s most beloved figure leading the country her father, Aung San helped bring independence to. The speaker of parliament Shwe Mann, himself a potential presidential candidate, has said that any changes to the constitution could only be enacted after the election.

Suu Kyi and the NLD have been calling for the government to reform the constitution by removing the clause that bars her from the presidency and also the clause that ensures military control in the parliament. Currently 25 per cent of parliamentary seats and a number of key government positions are reserved for members of the military. This effectively gives the military a veto over any proposal to parliament as any amendment must have the support of more than 75 per cent of both houses. The NLD collected over five million signatures to petition for changing the constitution but the president and the chief of the military have avoided engaging with them the issue.

“Constitutional reform is the most important thing,” said Nyan Win, a spokesperson for the NLD. “Without revising the constitution there will be no democracy in Burma.”

Possibly out of frustration with lack of progress, Suu Kyi has indicated the NLD has not yet decided if it will contest the election. She said they are waiting for the government to release the date of the election and the “rules and regulations” before they announce if they will contest it. It is widely expected that, if they do contest it, the NLD will win a majority of the votes. In an election in 1990, Suu Kyi and the NLD won a landslide victory but the military dictatorship refused to recognise the vote.

Aung San Suu Kyi currently holds a seat in parliament after winning a byelection in 2012 and her transformation from democracy icon to politician has not been smooth. She has come under fire at home for her reluctance to criticise the military, and internationally for her silence about the treatment of the Rohingya Muslim minority, hundreds of thousands of whom have been displaced by harsh government policies and violence perpetrated by extreme nationalist Buddhists.

She is still the most popular figure in Burma but few are optimistic she will be president. “She is our mother,” said Zarganar, a political comedian imprisoned by the military junta. He travelled to Dublin with Suu Kyi when she visited in 2012.

When Burma’s reform process was instigated by Sein, he was welcomed with open arms by the international community and it was assumed it would lead to democracy. However within Burma, few had any illusions the military (or Tatmadaw as they are known) would give up their hold on power. Many former members of the military, including the president, hold key roles in the government and the ruling Union Solidarity and Development Party is mostly made up of former military officers.

“This is only a partial reform process because the military has not reformed,” said David Mathieson a senior researcher on Burma with Human Rights Watch. “Everything has changed but nothing has changed.” Members of the military and their associates or cronies own many large companies and businesses within Burma. Opening up the economy to international investment has “worked very lucratively for them,” he said.

There is another reason many believe the military want to hold on to control: fear of being held accountable for human rights abuses. “If they lose the power, if they let the opposition groups take power, they live in fear that the crimes and wrongdoings done by them in the past will come to them. I think this the biggest barrier for the former military leaders,” said Kyaw Zwa Moe, managing editor of Irrawaddy current affairs magazine.

But despite there being little hope that she will lead Burma, Aung San Suu Kyi still has an optimistic vision for her country.

“The goal is a society which will ensure peace and progress for our people, which will be able to give our people in perfect balance both freedom and security,” she told the Women’s Forum. “To stand among the other countries of the world proudly as one which has managed to achieve one of the most difficult tasks that any country has had to face: that of deciding what to leave behind, what to take forward and how we are going to ensure that the legacy we leave our future generations is one they will treasure, one that they will respect, and one that will remain in our history as an achievement for all time.” TOMORROW: Religious tensions in Burma 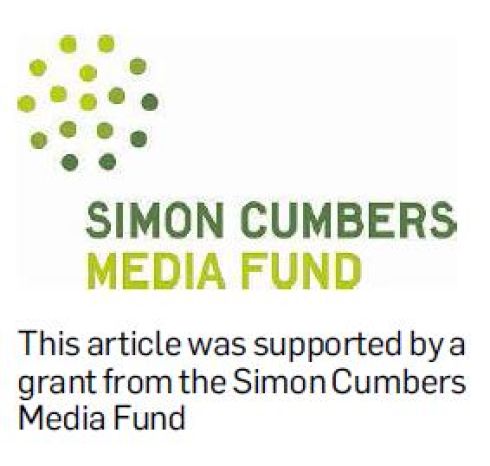 Coronavirus: 431 cases confirmed in the State

2 Coronavirus: 431 cases confirmed in the State