Foreign travellers on working holiday visas would have paid 32.5% tax from July 1st 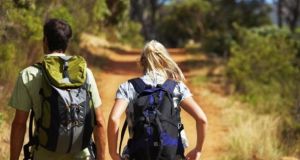 Previously foreign travellers on working holiday visas paid no tax on income up to A$18,000 (€11, 643), the same as locals. Photograph: Thinkstock

Australia will review a planned tax hike for backpackers who work in the country, following complaints from farmers in the lead up to a federal election that their supply of “backpacker labour” at harvest times may dry up.

The ruling conservative government, which is counting on the support of rural voters in the July 2nd election, will defer the tax increase and hold a review of labour force issues in rural and regional communities, assistant treasurer Kelly O’Dwyer said.

Under the proposal, foreign travellers on working holiday visas would have paid tax of 32.5 per cent on every dollar earned from July 1st.

Farmers said the change would discourage holiday workers who make up the bulk of fruit pickers at harvest times, threatening the country’s fruit industry, which is set for record exports of A$2.27 billion (€1.46 billion) next season.

Australia has encouraged backpackers to work on farms with special visas allowing them to stay for a second year if they do three months work in rural Australia.

But overseas workers had been targeted as an area to raise revenue as Australia looks to rein in ballooning budget deficits.

“[The review] is looking at much broader issues around labour force, particularly in rural and regional communities and how it affects our farmers but also our tourism sector as well,” Mr O’Dwyer said.

Australia’s A$34.8 billion (€21.9 billion) international tourism industry was also threatened by the higher tax, with young travellers potentially deciding not to stay as long.

In total backpackers spend A$4.3 billion (€2.78 billion) per year, worth about 12 per cent of all international tourist spending.