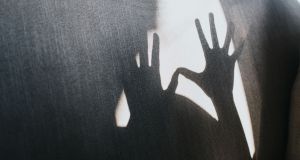 A quarter of a million New Zealanders held in state care suffered some form of abuse, a landmark inquiry has found, with the true number believed to be higher.

The royal commission into abuse in state care is investigating historic abuse of children, young adults and vulnerable adults by state-run institutions between 1950 and 1999, as well as in affiliated religious institutions, such as church-run orphanages.

It is the largest and most complex royal commission ever undertaken in New Zealand, and has been plagued by issues since its inception, including the resignation of its chair, Sir Anand Satyanand, in its early days.

On Wednesday the commission released its interim report, which found that up to 250,000 people suffered abuse during the time period investigated. A total of 655,000 passed through the doors of orphanages, homes for people with disabilities and mental health institutions among others over the same time period.

So far, 1,900 survivors of abuse have contacted the commission, and they expect thousands more to do so, describing the extent of abuse in state care as “significant”, and more than originally thought.

The commission was announced in early 2018 by the prime minister, Jacinda Ardern, who said the abuse of children by government-run institutions was “unconscionable”. “This is a chance to confront our history and make sure we don’t make the same mistakes again. It is a significant step towards acknowledging and learning from the experiences of those who have been abused in state care.”

Those most frequently abused by the state were society’s “most disadvantaged or marginalised segments of the community . . . particularly from Maori whanau [family], Pacific families, children from impoverished backgrounds, disabled people and women and girls”.

Survivor Annasophia Calman told the commission: “The abuse I suffered in care has blackened my entire life.”

Another, Mike Ledingham, said in a submission: “It’s not water under the bridge. The pain is still there. The bishop spoke about closure, but how can you have closure when you wake up having a nightmare?”

Removed from their homes

The report found that many children were removed from their homes due to issues related to poverty, but were returned from state care to their families severely traumatised.

Maori were over-represented in the number of children entering state care and the number of those who suffered abuse, and the “discriminatory attitudes” of officials contributed to this, the report found.

People with disabilities were also over-represented in state care and abuse statistics, it said.

Physical and sexual abuse was the most common type of abuse reported to the commission, but abuse also included the use of medication and medical acts [electro-convulsive therapy] as punishment, unjustified solitary confinement and isolation, improper strip searches and vaginal examinations, verbal abuse, racial slurs and “cruel, inhumane and degrading treatment”, as well as widespread neglect.

Those who complained were routinely silenced or abused again as punishment, and the commission also found attempts at active cover-ups.

Contributing factors included a lack of vetting of staff and poor training and oversight of those in positions of authority.

Glenis Philip-Barbara, assistant Maori commissioner for children, said the “devastating” findings reinforced the call for the phased closure of large care and protection residences, and the eventual abolition of the four youth justice detention centres.

“It’d be a mistake to think that what happened in the past is not still happening today,” Ms Philip-Barbara said.

“Large residential institutions risk causing more harm to children than good . . . the scale of hurt inflicted on children and other people in the care of organisations who were supposed to be looking after them is shocking, but may still understate the full extent of the harm.”– Guardian