Internet returns to Uganda as Museveni is re-elected 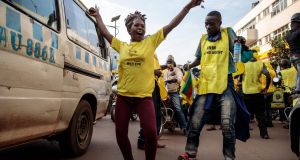 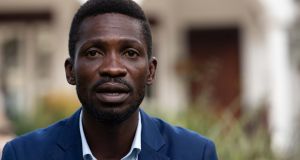 Internet services began to return in Uganda on Monday, nearly five days after they were switched off for the country’s presidential election, though many social media sites remained blocked.

As citizens began to search online for news they had missed during the voting period, soldiers and police surrounded the office of the country’s most popular opposition party.

Leaders of the National Unity Platform say they are exploring legal means to challenge the outcome of last Thursday’s election, which saw Yoweri Museveni re-elected for a sixth term. Mr Museveni, who has ruled for 35 years to date, had run under the slogan “securing your future”.

Police said at least two people were killed during protests outside Kampala, the capital, on Saturday. The city was calm on Monday, under a heavy military deployment that has been in place for more than a week.

In an audio message posted on his Twitter account, Mr Wine said being detained in his home was a “luxury” compared with the prisons in which many of his campaign team are detained. “So many people are paying the price for standing for what is moral,” he said, adding that he was going to keep “struggling” and hadn’t lost motivation. He said he was resolved to do everything peacefully.

“We have an entire generation standing with us and yearning for change,” Mr Wine said. “People that fight for a just cause have not failed in history.”

On Monday, Uganda’s high court ruled that it was “illegal and irregular” for the government to have demanded that all journalists be reaccredited ahead of the elections. Both local and international journalists were threatened with criminal charges if they failed to reapply for accreditation, and some were denied permission to work.

Uganda receives huge amounts of Western aid, including more than $970 million (¤800 million) annually from the 774 million euro fromUS. Mr Wine, who accused the ruling party of rigging the election result, has called on donor countries to tie funding to respect for human rights.

In a statement on Monday, UK under-secretary of state for Africa James Duddridge said it was important that concerns about the political climate and electoral process were “raised, investigated and resolved in a peaceful, legal and constitutional manner”.

In response, Ugandan government spokesman Ofwono Opondo P’Odel tweeted: “How many democratic elections did [the UK in Uganda] hold between 1894 and 1962?” – referring to the period that Uganda was under British colonial rule.

Mr Museveni’s spokesman, Don Wanyama, took aim at the US, accusing officials of “issuing all manner of statements aimed at stirring trouble” when it should be focused on internal threats ahead of its own presidential inauguration.