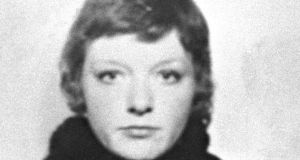 Transcripts of interviews with the convicted IRA bomber Dolours Price, who died in January, have been handed over to the PSNI. Photograph: PA

Transcripts of interviews with the convicted IRA bomber Dolours Price, who died in January, have been handed over to the PSNI.

The police in Northern Ireland had been seeking the transcripts as part of their investigation into the disappearance and death of Belfast mother of 10 Jean McConville. Ms Price had publicly claimed she drove Mrs McConville to the place where she was murdered by the IRA in 1972.

The PSNI launched a high-profile legal challenge to obtain the testimony. In April the US supreme court declined to hear an appeal against the handing over of the transcripts of the recordings, which were made as part of Boston College’s ‘Belfast Project’, an oral history of Northern Ireland’s Troubles.

Confidentiality
The recordings, which were made from 2001, were intended as a reference for students and academics studying the conflict. They were made on the condition that confidentiality would be guaranteed until after the death of the republican and loyalist paramilitaries who participated.

Two detectives from the serious crime branch flew to Boston to collect the tapes. “The officers will return to Northern Ireland to assess the material and continue with their inquiries,” a PSNI spokesman said.

Dolours Price was convicted and jailed along with her sister Marian for the 1973 attack on London’s Old Bailey courts in which one man died and more than 200 people were injured.

She spent eight years in jail, including several weeks on hunger strike, before being released in 1980. Following the Belfast Agreement, Price became a trenchant critic of Sinn Féin. She consistently claimed that Gerry Adams had been her IRA ‘officer commanding’ during the early 1970s, and that he had ordered the kidnapping and killing of Jean McConville.

Disappeared
The Catholic mother of 10 was among dozens of people – later collectively known as the Disappeared – who were abducted, murdered and secretly buried by republican paramilitaries during the Troubles. Mr Adams has always denied being a member of the IRA.

Director of the ‘Belfast Project’ Ed Moloney and his researcher Anthony McIntyre had resisted attempts by the PSNI to obtain the transcripts. They had hoped the US supreme court would overturn a Boston federal court decision to hand the tapes over.

Mr Moloney has said that Ms Price did not make claims about the Disappeared in the interviews. Mr McIntyre said he and Mr Moloney would fight to prevent any more transcripts being handed over.

Barry’s Hotel at €8m comes with potential to double in size 00:01
Gardaí appeal for witnesses to arson attack on house in Longford 23:27
Weinstein trial: Jury finishes first day of deliberations 22:46
Lewis Ludlam eager to make his presence felt for England 22:30
Mourinho expects Son to miss rest of the season 22:30