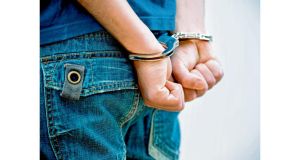 The Taoiseach has said sorry to Magdalene laundry survivors, but State-sanctioned injustice remains

This week Taoiseach Enda Kenny, his voice choked with emotion, apologised on behalf of the State to the hundreds of women who spent time in Magdalene laundries. It was a heartfelt tribute to women who were blameless but had been forced to live in the shadows, carrying a deep-set sense of shame that they had done something wrong. If there was any consolation, it was that Ireland was finally giving up its secrets and coming to terms with the State’s role in sending many of them there.

“Today we live in a very different Ireland, with a very a different consciousness and awareness. We live in an Ireland where we have more compassion, empathy, insight and heart,” he said.

It’s comforting to think of State-sanctioned mistreatment of citizens as a historic injustice. Each time we express remorse for what happened, there is an implication that somehow we are now more enlightened, humanitarian and sensitive. But in the shadows of society, injustice remains.

We still have about 3,500 people with learning disabilities living in antiquated institutions that are neither inspected nor subject to independent care standards.

We still admit more than 100 teenagers with mental-health difficulties to adult psychiatric hospitals each year, even though the State has been warned by its own officials that the practice is “inexusable and countertherapeutic”.

We still place thousands of vulnerable young people in a care system that too often is chaotic and dangerous.

We still insist that hundreds of children of asylum-seekers live in a direct-provision accommodation system with documented evidence of grinding poverty, overcrowding and even malnutrition.

We still lock up minors in adult prisons that are rife with drugs and intimidation – though this practice is finally, and belatedly, coming to an end.

There’s every chance, then, that a future taoiseach, in 20 years’ time, will stand in the Dáil and apologise for State-sanctioned mistreatment happening in Ireland today. It would likely tread the same ground as Kenny’s apology this week or Bertie Ahern’s apology to abuse survivors 14 years ago.

A future taoiseach may well say that the State was directly involved in sending young people into often brutalising environments. The same leader might examine how Ireland’s self-portrait in 2013 was, in many respects, fictitious, hiding a cruel, pitiless society. There could even be an acknowledgment that when it came to spending cuts, services for the most vulnerable were targeted, and the well-off were protected.

A leader may even wonder what was the point of celebrating the centenary of the State when its values included a tacit and unchallenged decree that allowed society and authorities to mistreat and degrade so many young people.

And it would most likely end with a formal apology and a solemn pledge that nothing like this would be allowed to happen again.

INTELLECTUALLY DISABLEDResidents made to strip naked en masse for showers; cramped wards with little or no privacy; a lack of meaningful activities: these are some of the findings of an official report in 2011 into life for about 3,500 people with learning disabilities living in outdated institutions.

There are still no independent inspections or care standards for these places, even though intellectually disabled people face a higher risk of abuse or mistreatment than the general population. Some groups also report that many residents are paid little or nothing for labouring in sheltered workshops, despite rules that state they should receive the minimum wage.

TEENAGERS WITH MENTAL-HEALTH PROBLEMSEach year more than 100 children or teenagers are admitted to adult psychiatric wards. For teenagers, it can be especially frightening and degrading. Admission typically involves being brought in a Garda squad car to the District Court, then escorted to the nearest adult unit. In theory, young patients should not be mixing with adult patients. In reality, say professionals, this is not the case.

CHILDREN IN STATE CAREA report into the deaths of children in care last year found that 112 young people in contact with the State’s child-protection system had died of drug overdoses, suicides, road-traffic incidents or unlawful killings. It highlighted key failings, such as poor management, shortcomings in practice and a lack of co-operation between State agencies.

This week, some of those same concerns resurfaced. An inspection team from the Health Information and Quality Authority looking at fostercare in northwest Dublin concluded that some children remained with foster carers about whom serious allegations had been raised.

YOUNG ASYLUM SEEKERSThere are more than 500 children of asylum-seekers in the direct provision system. A recent report by the Irish Refugee Council highlighted details of this “State-sanctioned child poverty and exclusion”. There is no child benefit for asylum-seekers’ children. Parents must buy schoolbooks and other essentials on a paltry weekly allowance of €19.10. Children share toilets with adults, and may also witness violent and sexual behaviour.

YOUNG PEOPLE WITH SPECIAL NEEDSState authorities are failing to assess the needs of thousands of children with disabilities within statutory time limits. Experts say delays can be highly damaging for children who need to get vital therapeutic services as soon as possible, particularly children with autism. In addition, most say there is an acute lack of appropriate education options.

In a given year, about 2,500 children are not assessed within legal time limits.