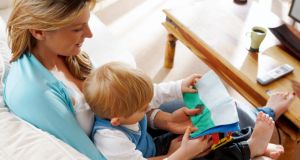 Yesterday’s cuts will force women back to work earlier after having children, say groups such as the National Women’s Council and the Children’s Rights Alliance

The young, the old and mothers-to-be will suffer most from budget spending cuts over the coming year, lobby groups warned last night.

Maternity benefits will be almost halved for many parents as a result of successive cuts announced in the last two budgets. Yesterday’s changes mean more than 95 per cent of expectant mothers –or 23,800 women – will see a drop of up to €32 in their weekly income.

The decision to tax maternity benefit in last year’s budget means benefits for some mothers of newborn children will drop from almost €7,000 only three months ago to slightly over €3,500 from the beginning of next year.

Criticism
Groups such as the National Women’s Council and the Children’s Rights Alliance criticised the move which, they said, would end up forcing mothers back to work earlier.

Dole payments for anyone aged 25 or younger who signs on the Live Register from January onwards will be cut by up to a third. The move is likely to drive youth emigration even higher, warned groups such as the Youth Council of Ireland and the Unite trade union.

Older people saw the telephone allowance and the bereavement grant scrapped. Up to 35,000 older people will lose their full medical cards.

Alone, one of many support groups to criticise the moves, said the cuts would undermine “ the dignity of older people”.