What exactly did the Apollo House occupation achieve?

‘Citizens’ intervention’ mobilised public anger and despair into something practical 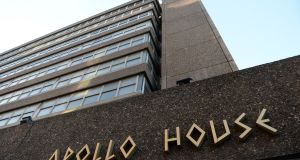 Apollo House is over but Home Sweet Home says it will continue. Photograph: Dara Mac Dónaill

It had its supporters and detractors, but perhaps the most remarkable thing about Apollo House is that it took so long to happen.

More than four years into the worst housing and homelessness crisis in the history of the State, the self-styled “citizens’ intervention” was made on December 15th.

A coalition of homeless people, housing activists, artists and trade-unionists entered the empty Nama-managed office building in Dublin city centre, saying it was “scandalous” that so many buildings lay empty while so many people had no home.

Naming itself Home Sweet Home (HSH), it opened Apollo House to the homeless. It was a radical move.

Some 28 days later, there were emotional scenes on Poolbeg Street as the activists and the last of the homeless residents left the building in compliance with a High Court order. They were proud of all they had achieved, they said. “We did it,” said one person. “We did what we set out to do.”

There had been tears too at the High Court 24 hours earlier, when Mr Justice Paul Gilligan would not hear their application for a further stay on his eviction order of December 21st. HSH had wanted to argue alternative emergency accommodation on offer to residents was unsuitable.

Mr Justice Gilligan was clear, however. The quality of emergency accommodation was matter for policy and politics. At issue in his court was the illegality of their “trespass”. 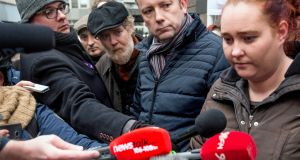 While he had sympathy for the HSH aims, he had to “apply the law in respect of private property”. If the situation was “allowed to drag on” people could believe the courts would take a benign view of illegal trespass. This would be “an intolerable situation in a democratic state”, he said.

Although HSH was disappointed and even vowed to defy the order, Mr Justice Gilligan’s words represented vindication of sorts. He had set out clearly that in Ireland 2017, the rights of private property trump the needs of vulnerable people who had found a place they called home.

The Home Sweet Home story, however, is more nuanced.

As they left the office-block yesterday, the HSH listed its achievements – among them that 76 people who had been sleeping rough had now moved to six-month beds, that two new shelters will open in coming months and more beds will be provided for homeless couples. These are important practical achievements.

Protest, as successive Governments might, about their efforts to solve the crisis, the continuously increasing numbers tell a different story.

When former housing minister Jan O’Sullivan published her plan to “end homelessness” in May 2014, the homeless population was estimated at 2,700.

Six months later, when Alan Kelly published his Social Housing 2020 strategy, there were 3,607 people in emergency accommodation, including 887 children.

And yet it has proved almost impossible to draw large numbers to protest about housing. While water-charges protests attracted tens of thousands through 2014/15, housing protests have rarely had more than a few hundred. Perhaps this is because housing vulnerability is such a personal crisis affecting each individual or family differently.

Apollo House mobilised public anger and despair into something practical, and political. The HSH message, that putting empty buildings and profit before the most basic needs of our people was wrong, resonated.

More than 4,000 people signed up to volunteer, while donations of beds, furniture, kitchen equipment, clothes, food, hair-cuts, medical expertise and more flooded in. Social media were abuzz with support and calls for similar actions to occupy Nama buildings.

Apollo House is over. But Home Sweet Home says it will be a “permanent intervention in the nation’s housing policy and discussion”.

If it achieves this, and brings the Irish public with it, it may have been worth the wait.