Time to tackle problem of money-lending 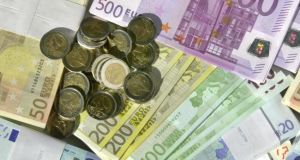 Moneylenders are careful in their targeting by offering loans to people dependent on social welfare – or those who need it most but can afford it least.

In 1984 Today Tonight, RTÉ’s precursor to Primetime, broadcast a groundbreaking programme on moneylenders which featured a young Joe Little door-stepping some of the most usurious lenders doing dodgy deals in the State and, on occasion, chasing them as they fled his microphone in cars.

Scandalous interest
The programme highlighted some of the scandalous interest rates being charged by lenders and the levels of intimidation being used by some of the worst practitioners to collect money from vulnerable people. It made headlines for weeks after it was shown, led to the creation of the Money Advice and Budgeting Service (Mabs) and prompted a lengthy Dáil debate.

When the then minister for justice was questioned by fellow TDs on the morality of money-lending after the programme was shown, he said there was little he could do to curb the excesses of the legal lenders. “There is no power vested in the Garda to prosecute for excessive charges,” the minister said, adding that “charging more than 39 per cent is not a criminal offence.”

Fast-forward 30 years and the same Minister is dealing with the problems posed by money-lenders, although as Minister for Finance, Michael Noonan now has a new portfolio and more power to affect change.

Earlier this week the St Vincent de Paul called on the Central Bank to publish how much money is being lent by licensed money lenders and the cost to consumers of the credit involved.

The call is timely. Unlike the Central Bank’s figures. Its most up-to-date figures, which found that 300,000 people had used the services of money lenders over a 12-month period, were published more than six years ago. Not since 2007 have any figures on money-lending been published and given the changes that have taken place in the general economy and to the individual circumstances of many thousands of Irish people since the economic collapse of 2008, the likelihood is that the numbers using both legal and illegal money-lenders have increased significantly.

Absence of information
As the Vincent de Paul pointed out this week, in the absence of information from the Central Bank there is no way of knowing how much money is being loaned because borrowers are, understandably, reluctant to admit they need to use the services.

Information is needed if the problem of money-lending is to be properly addressed. And it is a problem. The interest rates charged by money lenders are at least 23 per cent APR – or worse than the worst credit cards with some lenders charging rates which are much, much higher than that. And they are careful in their targeting by offering loans to people dependent on social welfare – or those who need it most but can afford it least.

The SvP said it was a “contradiction in terms” to offer families below the poverty line interest rates of between 157.2 per cent to 187.2 per cent and its social justice co-ordinator Brendan Hennessy said money lenders exploited the fact that many borrowers do not pay attention to the interest rate.

The charity is correct in calling on the Central Bank to act and introduce rules which say that loans cannot be in excess of four times a person’s salary while, under its guidelines, only one loan per adult in a household would be permitted. It has also called for a prohibition of top-up loans. Such rules are long overdue. At least 30 years overdue, in fact.