A 60-year journey from obsequious conformity 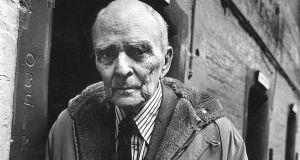 ‘Seán MacBride had sent an even more obsequious letter to archbishop McQuaid on his own election to the Dáil.’

It is difficult to believe how much the religious atmosphere of Ireland has changed over the lifetime of many of us. Life itself, of course, has changed radically in the last 60 or so years.

For those of us who are older, if our parents, or certainly our grandparents were to return for a glimpse of the world in which we live, what are the things they would marvel at most?

TV remote controls, mobile phones, the internet, or maybe it would be the prevalence of the F-word on radio and TV, or the open discussion of sexual matters in the media?

However, I feel our parents and grandparents would notice and be most surprised at the changed condition of religion in Irish society.

After the first cabinet meeting of the coalition government formed in 1948, then minister for external affairs, Seán MacBride, on behalf of the government, sent a telegram to the pope affirming the government’s willingness “to repose at the feet of Your Holiness the assurance of our filial loyalty and our devotion to Your August Person, as well as our firm resolve to be guided in all our work by the teaching of Christ and to strive for the attainment of a social order in Ireland based on Christian principles”.

A couple of years later during the infamous Mother and Child Scheme controversy, when the Catholic hierarchy condemned proposed legislation by minister for health Dr Noël Browne for postnatal State support for mothers and babies, taoiseach John A Costello said: “I am an Irishman second, I am a Catholic first, and I accept without qualification in all respects the teaching of the hierarchy and the church to which I belong.”

The proposed legislation was abandoned.

Brendan Corish, tánaiste, and leader of the Labour Party from 1960 to 1977 famously said he was a Catholic first and an Irishman second.

Now consider the Taoiseach Enda Kenny’s speech in the Dáil on the Cloyne report in July 2011 when he said: “The Cloyne report excavates the dysfunction, disconnection, elitism . . . the narcissism that dominate the culture of the Vatican to this day.”

He also said: “The delinquency and arrogance of a particular version . . . of a particular kind of ‘morality’ . . . will no longer be tolerated or ignored . . . Today, that church needs to be a penitent church, a church truly and deeply penitent for the horrors it perpetrated, hid and denied.”

In the Protestant churches the same trend in attendance at Sunday worship, if less marked, can be seen. In both cases, Catholic and Protestant, a preponderance of older people attend. Young people are scarce at Sunday services.

Before the completion of proposed legislation on abortion in January of last year, Atheist Ireland received an official invitation to send a delegation, as did the Irish churches, to hearings at Leinster House.

A delegation from Atheist Ireland accepted the invitation and represented the atheist position on the same basis as the churches at the hearings.

However, the nameplate of one of Atheist Ireland’s delegates read: “Michael Nugent, Atheist Church”!

I have no doubt that if our grandparents could return for a glimpse at Ireland in the second decade of the 21st century they would be amazed at TV remote controls, mobile phones and the internet.

I have a feeling, however, that what might surprise them most would be the changed place of, and attitude to religion compared with the Irish society in which they had lived.

Patrick Semple is a former Church of Ireland clergyman and writer. His website is patricksemple.ie