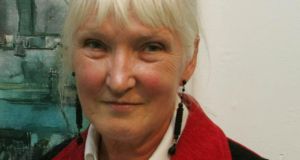 Conditions associated with malnutrition are now becoming evident among the homeless in Dublin, according to Alice Leahy, director of Trust the homeless agency.

“We are now coming across conditions long disappeared since the advent of good food eg. malnutrition, trench foot and impetigo – conditions clearly associated with extreme poverty,” she said.

Speaking at a conference in Mary Immaculate College Limerick at the weekend, she said that “two weeks ago one man known to us for years who had spent years in State institutions died in a sleeping bag in church grounds a short distance away from us. Just last week one of two brothers homeless in the city, died in a city hostel.”

Every day, she said, “we meet up to 40 women and men who sleep rough as they present themselves to us – all outsiders in a European capital city. These women and men, many of whom are extremely vulnerable, come from all over Ireland and from right across Europe and beyond – all seen just as statistics in our increasingly bureaucratic world,” she said.

“Many people we meet struggle to create a sense of normality after years locked away in institutions and others who have been relocated from one institution to another,” she said.

“Today many people including those in church, State and community groups who work hard in building and fostering community involvement are frequently challenged by an insensitive bureaucracy and meaningless jargon,” she said.