Bishop-elect Kevin Doran, from the Donnybrook parish, said his new role was a ‘surprise’ 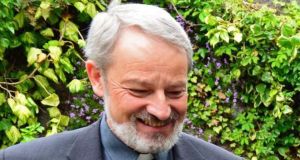 Bishop-elect Kevin Doran said: ‘I must confess to being a little surprised to find myself here this morning’. Photograph: Eric Luke

A Dublin priest has been appointed Bishop of Elphin in the midlands and west of Ireland.

Kevin Doran, 61, was named by Pope Francis to succeed retired Bishop Christopher Jones at the head of the diocese.

The bishop-elect secured the promotion after serving as secretary general for the 50th International Eucharistic Congress, which saw 150,000 Catholic pilgrims come to Dublin in June 2012.

He moves from Donnybrook parish.

In a ceremony at the Cathedral of Immaculate Conception of the Blessed Virgin Mary in Sligo, Bishop-elect Doran said: “I must confess to being a little surprised to find myself here this morning.

“Two weeks ago, we finalised a development plan for the parish, and that was the only plan I had in mind for the foreseeable future. I have learnt over the years, however, that vocation is never static.”

The diocese of Elphin, which stretches from Westmeath to Roscommon, Sligo and Galway, has 37 parishes, 90 churches, and a Catholic population of about 70,000.

Bishop Jones, who set up the Catholic Church’s crisis pregnancy agency Cura in 1977, retires after 20 years leading the diocese.

The senior cleric had been responsible for leading the church’s formal opposition to the Government’s plans to legislate for termination of pregnancy if a woman’s life is at risk.

Bishop Jones was criticised by some politicians for his approach, with some describing his language as offensive and disturbing in submissions to Oireachtas Health Committee hearings on the laws early last year.

The child protection work in the diocese during his final months was praised last year following a review by the Catholic Church’s watchdog.

“His advocacy and championing of the right to life of the unborn child, and his work in promoting vocations to the priesthood, are but two of the many talents and gifts which Bishop-elect Kevin has shared during his priestly ministry for the good of the Church and of our society,” the Cardinal said.

“As their new bishop, I know that he will receive all the necessary support, cooperation and be received enthusiastically by the laity, religious, priests of the historic Diocese of Elphin.”

Drugs worth an estimated €1.2m seized at Dublin Port 16:58
Body of third man found near where two brothers murdered on Cork farm 17:01
Coronavirus: North passes 500,000 vaccine doses administered 16:25
Rise in number of homeless single adults drives climb in overall figures 16:23
Covid-19 Vaccine Tracker: What's available in the Republic of Ireland and what else is coming? 16:18