Dublin imam returns home after week in ICU with coronavirus

‘Doctors and nurses are making sacrifices to save our lives, we need to support them,’ says Dr Ali Al Saleh 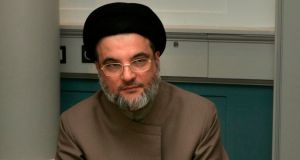 One of Ireland’s leading Muslim figures Dr Ali Al Saleh (63) has returned home from hospital after falling seriously ill with the coronavirus.

Imam at Ireland’s main Shi’a mosque in Dublin’s Milltown and a member of the Irish Council of Imams, Dr Al Saleh became ill on March 15th last. He was hospitalised in St James’s Hospital where he spent six days in ICU, including three on a ventilator. He was moved to a recovery ward and discharged earlier this week.

Dr Al Saleh, who is himself a medical doctor having qualified at the Royal College of Surgeons in Ireland, said he was very grateful for all the care he received and the prayers offered on his behalf.

He was very anxious to impress on people that they take seriously current Government regulations to avoid contracting or spreading the coronavirus.

“I was very sick, very ill, over a two week period” he said. “ Doctors and nurses are making sacrifices to save our lives, we need to support them.”

He had led a pilgrimage to Mecca in Saudi Arabia, arriving back in Ireland on March 6th. “I was the only one to become ill,” he said, of the pilgrimage party. He believes he must have contracted the coronavirus at one of the three airports they came through on the return from Saudi Arabia, through Amsterdam to Dublin.

On return to Ireland he self-isolated but began to develop symptoms. “I have underlying conditions, including diabetes,” he noted.

Activities at the Ahul-Bait Islamic Centre in Milltown had been stopped. By March 15th he was very ill and was was admitted to St James’s. Since when his wife, children and grandchildren have been tested but they are all fine.

Urging people to keep following the public health advice, Dr Al Saleh they “should not add to the workload of of the doctors and nurses, even if they don’t care about themselves... They should not add to it. They must take it seriously.”

An Irish citizen, Dr Al-Saleh was born at Najaf in Iraq. The Ahlul Bayt Islamic Centre in Milltown, which he founded and where he is Imam, was for a long period the only Shia Muslim Islamic centre and mosque in Ireland.

Still the main Shi’a centre on this island , it opened in 1996 and caters for the social, cultural and spiritual needs of the estimated 6,000 Shia Muslim population in Ireland, many of them students.

Dr Al Saleh, who has good relations with all other Muslim denominations in Ireland,studied medicine at the Royal College of Surgeons in Dublin during the1980s and later entered the Hazwa Muslim seminary in Iraq and his native Najaf.

This was followed by further study in Iran’s holy city of Qum. Iran is a majority Shi’a country. The great majority of the world’s Muslims are Sunni, with Shi’as making up approximately 15 per cent of that population.

In 2005 two of Dr Al Selah’s brothers-in-law were killed in an attack by suicide bombers on a mosque at Hilla, south of Baghdad.