Abiding lessons of faith from a cherished hymn 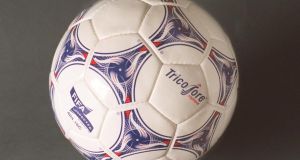 “The English FA Cup final which is held each year at Wembley stadium has an interesting religious dimension in that before the game 90,000 fans sing the hymn Abide with Me. This year it was led by Alfie Boe of Les Misérables fame supported by the Songs of Praise FA Cup fans choir.”

Despite allegations of corruption in the football world it is worth remembering the pleasure the beautiful game brings to millions around the world, most of them young. I recall a scene at Kisiizi hospital in Uganda – a remote place near the Congo border – where on a red clay school playground dozens gathered every evening to play, many in bare feet. Similar scenes are found in the slums and back streets of South America.

The English FA Cup final which is held each year at Wembley stadium has an interesting religious dimension in that before the game 90,000 fans sing the hymn Abide with Me. This year it was led by Alfie Boe of Les Misérables fame supported by the Songs of Praise FA Cup fans choir.

The hymn was written by a Scotsman, Henry Francis Lyte (1793–1847), who had Irish connections in that he was educated at Portora Royal School in Enniskillen and after ordination served his first curacy in Taghmon in Co Wexford before moving to England.

The hymn is about death and dying and therefore was understandably familiar to soldiers of the first World War and is still sung at commemorative events. On September 21st, 2001, it was played at Ground Zero in New York by a Salvation Army band during the commemoration of the September 11th attacks. However it is difficult to understand why it is sung at a football final apart from the fact that it has been sung every year since 1927. What do the words mean to those attending who are there solely to watch a game of football and not to sing hymns?

There is an interesting parallel of mixed motives in tomorrow’s reading from St John’s gospel – the story of the feeding of the five thousand. We might think of it as a purely religious event with Eucharistic significance but there is a fascinating twist at the end. The crowd were not there just to do something religious – they had another idea. The gospels of Mark and Luke just tell us that the 5000 were all men, seated, but John adds a fascinating detail – they had political ambitions. “When Jesus realised that they were about to come and take him by force to make him king he withdrew again to the mountain.” Jesus is forced to leave them – as he did when he was rejected in his home town, In one place he is scorned and rejected; in another they want to make him king. He knows that both extremes are dangerous and show that neither his followers nor the great crowds who are drawn to him truly understand his message or his mission.

Such responses to Jesus are not exclusive to his time. In both cases, the communities refused to see Jesus as anything other than what they wanted to see. As one commentator put: “They were captive to their assumptions about Jesus; though they heard the good news, they could not internalise it, and though they were invited to freedom, they refused to accept.” We do the same.

There is a sad ending to the story of Abide with Me hidden in the line “When other helpers fail and comforts flee”. This refers to a time when the Plymouth Brethren movement was infiltrating the parish where Henry Francis Lyte was vicar. A former member of his church choir explains: “We were deeply attached to him. He had the most winning manner. Yet I suppose we caused him more grief than all his ill health. Some Plymouth Brethren visited Brixham and persuaded ten of us to join them. We went in a body to Mr Lyte and told him we must leave his church. We never entered his church again. But when Abide with Me was printed and each of us was given a copy, we realised more keenly than anyone else the meaning of the words ‘when other helpers fail’.”

The crowds singing that hymn at Wembley were excited and happy – the man who wrote it was anything but.