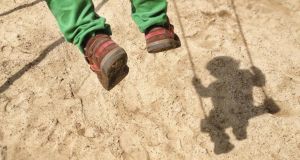 One of the most common reasons for the Child and Family Agency moving to take children into care is that their parents have a disability, a major report on child care proceedings published this morning has indicated.

The Second Interim Report from the Child Care Law Reporting Project, which monitored child care proceedings over an 11-month period to mid-July, found parents of children at the centre of applications had a physical, mental or intellectual disability in 15 per cent of the cases.

This was closely followed by drug abuse (13.2 per cent) and alcohol abuse (12.3 per cent), though both could be present.

The project, which is led by Dr Carol Coulter, was established in 2012 to examine and report on childcare proceedings which had been held in private and received little public scrutiny.

While types of disability were not differentiated, “the reporting team has observed that the overwhelming majority, if not all, of the disabilities suffered by parents are either a cognitive disability or mental illness, occasionally both and very occasionally combined with a physical disability”, the report found.

The report found one in four of the cases covered in the study involved a parent from an ethnic minority, including Travellers.

Almost one in three (30 per cent) of the children subject to care applications had special needs – up from 27.3 per cent in last year’s report. Eight per cent had education support needs, eight had physical disabilities and 23 per cent had psychological special needs.

The report found parents were often poor, surviving on welfare and parenting alone – in 70 per cent of cases, the child was parented by a lone parent, usually the mother.

“If poverty is combined with a cognitive impairment or mental illness on the part of the parents and they have a child with special needs, the situation can quickly unravel and the child will be at risk of neglect or sometimes abuse,” said Dr Coulter.

In 25 per cent of cases, at least one of the parents was a member of an ethnic minority, which compares to a non-Irish population of 14 per cent among under-19 year-olds generally.

This over-representation of non-Irish parents “makes an urgent case for renewed focus on integration policies, ensuring that those coming to our shores understand what is expected of them as parents”, Dr Coulter said.