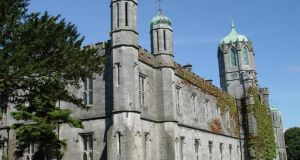 NUI Galway said on Friday the occupational health questionnaire for prospective employees was not an employment form and that its use was in line with standard practice in many companies.

NUI Galway (NUIG) has said that it will review its pre-employment health screening, following an accusation that a question relating to an applicant’s menstrual cycle is “invasive”.

The university said in a statement that it takes on board the concerns which have been raised and will review its process in order to ensure that it “continues to follow best practice in the area”.

Responding to a report in Friday’s Galway City Tribune, NUIG said the occupational health questionnaire for prospective employees was not an employment form, was confidential, and its use was in line with standard practice in many companies.

It said that no person was deemed unfit for employment on the basis of the information disclosed on the form alone.

The questionnaire has over 40 questions on aspects of health.

These include questions ranging from back issues and allergies to whether the respondent suffers from breast problems, has ever been treated for gynaecological problems and has ever suffered prostate problems.

One question asks: “do you suffer with any problems with your menstrual periods?”

“I think it is a very invasive line of questioning to be asking any future employee,”he said, and some of the questions were “totally out of order”.

He said the questions appeared overly specific and detailed and called for the use of the form to be reviewed by the Irish Human Rights and Equality Commission.

NUIG said that health screening was implemented by the university in 2008 following a decision by its governing authority.

“Prior to this all prospective staff were required to attend a pre-employment medical examination,”it said.

“ The detail of the medical questionnaire used for pre-employment health screening is a confidential process between doctor and patient,” it said.

“The questionnaire was provided to the university by its occupational health service providers and is in line with best practice nationally,”it said.

“ Many organisations in Ireland and Britain use a similar process to determine the health of future employees,” it said.

“The questionnaire is completed independently and privately by prospective staff members, regardless of gender, and subsequently examined by the occupational health physician,”it said.

“Where a staff member responds positively to questions the doctor will contact them directly to elicit further information and arrange a consultation if necessary,”it said.

“ No person is deemed unfit for employment on the basis of the information disclosed on the occupational pre-placement health assessment form alone,”it said.

“Detailed questions are asked in an effort to identify underlying physiological problems which may require further support,”it said.

NUI Maynooth law department Prof Michael O’Doherty told RTÉ he was aware that such questionnaires were used by other higher education institutions, mainly in Britain, but he was not sure that it was correct to describe it as “best practice” as that could be a bit of an “opinion call”. It was not used by his own current or previous employer, he said.

The university, like any employer, was entitled to expect potential employees to disclose medical issues which may impact on their ability to do a job, and employers had an obligation under health and safety laws to ensure people had adequate support or facilities to enable them to do their job, he said.

“How the information is used is absolutely crucial,”Prof O’Doherty said.

Much came down to whether people felt more comfortable discussing such issues on a one-to-one basis with a medical practitioner, rather than responding to an impersonal questionnaire, he said.