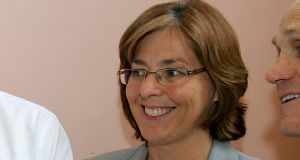 Almost one-quarter of households in Ireland are classified as “jobless”, far above the EU average, according to a report yesterday by the National Economic and Social Council.

“Jobless households” are either those in which nobody is employed or in which the total working time by those able to work amounts to less than 20 per cent of their available working time. In Ireland, 23 per cent of homes fit the latter description, compared to just 11 per cent across the EU. The closest comparative countries were the UK and Belgium, which registered 13 per cent. According to the NESC, a feature of the Irish experience is the high level of children involved.

“If this situation is not addressed it will perpetuate the cycle of joblessness, hopelessness and welfare dependency,” he said in a statement last night.

“The sharp increase in jobless households, from an already high level, will have lasting economic and social consequences for generations to come unless we have specific, targeted solutions.”

He said one of the Government’s strategies was to “dismantle” the passive welfare system that abandoned such large numbers of households to lifelong dependency on the State.

Helen Johnston, author of the report Jobless Households: An Exploration of the Issues, said one of three principal factors in place was the interaction between the tax and social welfare systems and the transition from welfare to work. There was also the availability of jobs and whether individual skills matched requirements.

“The third, and often overlooked, factor is the characteristics of the jobless household, such as age, level of education and skills and the health of the adults as well as the age and number of children.”