More than 90% drop in social housing 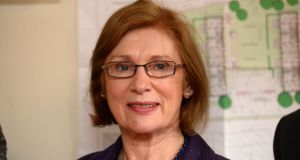 Construction of local authority homes has fallen by more than 90 per cent over recent years as homeless organisations struggle to cope with demand for emergency support.

New figures show just 546 local authority homes were built or acquired by local authorities during 2013, compared to almost 7,000 in 2007. This represents a reduction of just over 92 per cent.

Meanwhile, almost 90,000 households who cannot afford to rent in the private sector are on local authority housing waiting lists.

Real problems
The combination of a shortage of social housing in Dublin, rising rents and caps on welfare support are causing real problems for those on low incomes trying to find affordable accommodation, say campaign groups. Homeless authorities say emergency beds in the capital are running at full capacity as a result and more than 170 homeless families are being housed in hotels as a measure of last resort.

Jan O’Sullivan, the Minister of State with responsibility for housing, has pledged that a new social housing construction programme will deliver close to 700 social and voluntary homes over the next two years.

When other social housing programmes are included, she says as many as 5,000 new housing units could be available by the end of this year.

However, homeless charities and tenants’ groups say more urgent measures are needed to tackle what they describe as a housing crisis.

Groups such as Dublin Simon and Threshold have expressed the need for rent control measures, an increase in the level of rent supplement and more funding for social housing.

Many families contacting homeless services have been renting in the private sector and availing of the rent supplement scheme, which subsidises the cost of rent.

However, many have ended up seeking emergency help after landlords increased their rent above rent supplement limits. Almost 80,000 households are in receipt of rent supplement, for which the Government has allocated more than €340 million for 2014.

But she told the Dáil recently there were no plans to revise existing rent limits, which are due to continue at current levels until the end of this year.

“Increasing the maximum rent limits for rent supplement will not resolve this difficulty, due to the reduced level of supply, and would result in further increases in rental costs for all persons renting including those on reduced incomes and students,” she told the Dáil.

She said the department was monitoring trends in the rental sector and was working closely with local authorities and tenants’ group Threshold to ensure “necessary arrangements can be put in place in respect of vulnerable families in receipt of rent supplement”.

Charities such as Dublin Simon have called for additional funding for not-for-profit housing agencies to help fast-track the delivery of social housing.