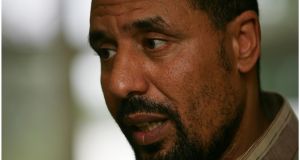 Dr Ali Selim of the Islamic Cultural Centre of Ireland has said he advocates female circumcision.

It is estimated that 5,790 girls and women living in Ireland have experienced FGM and some 2,639 girls here may be at risk of being subjected to it.

Under 2012 legislation, not only is FGM prohibited in Ireland, it is also a criminal offence for a person to take a girl to another country to undergo it.

“The same medical reason that would justify male circumcision would be the same for females. It is not an obligation, but it should be allowed by law if needed and a medical doctor can decide if it is needed or not,” he said.

“People by nature are different and their organs are different. What one person needs is not necessarily needed by another, and it should be determined by a doctor,” he said.

“It is always been portrayed as ‘horrible’ or ‘barbaric’ or ‘mutilation’ and is portrayed as a dark-skin practice or from the dark ages,” he said.

“If it is an inherited practice it does not mean it has to done, but it has to be considered, and not rejected because it is inherited,” he said.

When asked whether he believed it should be carried out for cultural or religious reasons, he said: “In the Koran it says clearly, ask of the people of knowledge if you do not know, so it means you ask a medical doctor,” he said.

He said people need a medical expert to tell them if a circumcision it is needed or not.

“If a doctor advises it is needed, then it has to be done. Religion says it does not have to be practised, our religion says to ask the people with knowledge,” he said.

Dr Selim said he would be against the idea of people going outside of Ireland to have the procedure carried out on their children.

“You can’t stop people leaving... It is against the law to practice abortion but people just cross the border and ‘do abortion’ and come back. If you take your daughter abroad for a circumcision, you need to ask your doctor. A doctor has to say they are in need of it, they have to say there is a medical need for it,” he said.