Ireland ‘complicit’ in CIA torture by failing to search flights

US military flights at Shannon Airport should be searched, says peace alliance 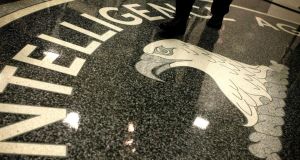 A report released by Democrats on the US Senate intelligence committee, revealed how detainees were tortured at rendition sites using techniques that were “brutal and far worse than the CIA represented” under the “renditions, detentions and interrogations” programme. Photograph: Alex Wong/Getty Images

The Peace and Neutrality Alliance (Pana) has reiterated a call for mandatory searches on US military flights passing through Shannon.

The renewed call comes after a report on torture of prisoners at rendition sites and the publication of a data base linking Shannon Airport to some of the aircrafts carrying prisoners to and from these sites.

The Rendition Project, compiled by British academic researchers who tracked aircrafts linked to CIA missions, and Reprieve, a human rights legal charity, identified 11 planes landing at Irish airports between 2002 and 2004 that may have been on their way to, or on their way back from, known renditions of detainees.

They also claimed another 16 aircraft passed through Irish airports between 2002 and 2006 on circuits connecting two or more secret prison locations, suggesting they were further rendition operations. Rendition involves the apprehension and transfer of a person from one country to another without the use of judicial process.

The US government has said no flights stopping over at Shannon Airport for refuelling were carrying detainees.

A separate report released last Tuesday by Democrats on the US Senate intelligence committee, revealed how detainees were tortured at rendition sites using techniques that were “brutal and far worse than the CIA represented” under the “renditions, detentions and interrogations” programme.

Roger Cole, chairman of Pana, said up to 50,000 US troops passed through Shannon this year, but the planes carrying them were not searched.

“The CIA has been lying to their own political elite, it is more than reasonable to assume they have been lying to us as well,” he said.

“By the Government deciding not to search these planes they are being complicit in what is happening.”

Pana is holding its annual general meeting in Dublin today. The anti-war organisation is supported by unions including Unite and its affiliates include Sinn Féin.

The organisation has also said Ireland should play a role in reversing sanctions against Russia and should call for inclusive negotiations.

Since Russia annexed Crimea in March this year, the EU and the US have been imposing sanctions against the country, including restrictions on major Russian state banks and corporations, and blacklisting of senior Russian officials, separatist commanders and Russian firms accused of undermining Ukrainian sovereignty.

Mr Cole said the constant demonisation of Vladimir Putin would not work, and it was not a good idea to “escalate” against a country that had nuclear weapons.

“I’m not saying he’s Mr Nice Guy but that kind of approach is not a solution to a problem,” he said.

“We could be sleepwalking our way into another world war.”