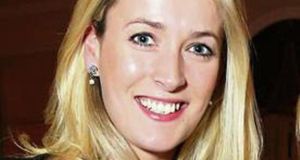 The evidence given at the inquest into the death of horse breeder Lucy Stack was consistent with suicide, the coroner for Tipperary South said yesterday

The evidence given at the inquest into the death of horse breeder Lucy Stack was consistent with suicide, the coroner for Tipperary South, Paul Morris, said at her inquest in Clonmel yesterday.

Members of her family did not listen to the evidence at the inquest but were present outside the courtroom during the proceedings.

The coroner returned a verdict in accordance with the medical evidence, adding that the evidence was “consistent with suicide” and he was “satisfied that a suicide verdict is appropriate, having regard to the manner in which the act was performed. There was clear deliberation in the way in which everything was set up.”

Depositions were read into the record by Supt William Leahy and the coroner.

The family’s solicitor, Una Power, thanked the coroner and gardaí for their handling of the case. “It has been very hard on both families,” Ms Power said.

She had gone up to her parents’ home in Co Meath some time beforehand, before returning.

Mr Stack left for South Africa on business on January 29th last, Mr Lanigan said, and was due to fly back to Ireland on February 3rd.

On Sunday, February 2nd, Mr Lanigan was at his own house when Mr Stack called him and asked him to call over and check on his wife as he had texted her during the day and she had not replied.

He drove over to the Stacks’ house and had a look around downstairs, calling her name a few times as he did so and getting no reply.

There was a light on upstairs and he went up and knocked on her bedroom door. “When I was getting no reply, I knew this was going to be bad,” Mr Lanigan said.

He opened the bedroom door and saw Ms Stack sitting in a chair. “I knew straightaway she was dead,” he said. It was about 5pm and he called the gardaí.

Evidence in a deposition from Garda Mark Rabbitte said he arrived at the scene shortly afterwards.

He found notes on a table which were addressed to family members, and outlined details of Lucy Stack’s funeral arrangements.

Sgt Karl O’Leary said a note “gave instructions on what the person who found the body was to do”.

Pathologist Dr Fergus McSweeney said in his statement there was no evidence of drugs while blood and urine alcohol levels were not in the toxic range. Death was due to a lack of oxygen.