Jamile Santos Da Silva used it when seeking advice about her son, visa and rent 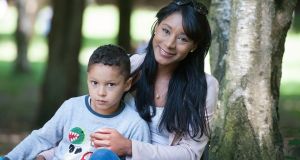 In 2015, when Jamile Santos Da Silva (32) received a notice to quit her apartment, got a diagnosis of autism for her son and had problems with her resident’s visa, the Dublin city-centre Citizens Information Service (CIS) “saved [her] sanity”.

“It was a really tough time,” she says. Originally from Brazil, her son, Valentin (5) was born in Dublin, and diagnosed on the autism spectrum some time after she split up with his father.

She had to give up her job with Google to look after Valentin, and first went to the CIS for advice around her entitlements. She was helped in her application for carer’s allowance and rent supplement.

“Then there was also an immigration matter. I needed to have my visa based on my son instead of my job. I had to get all the documentation together and there were many questions. The immigration kept coming back with more questions. Citizens Information was extremely helpful.

“Then I received an eviction notice. I was really desperate. It was a good apartment near a park. Citizens Information helped me. They advised me to talk to Threshold. I was looking and looking for somewhere new but I was discriminated against because I am a single mother and on the HAP [Housing Assistance Payment].

“Everywhere I looked the agent would say, ‘No, this is not suitable for a child’. There would be 20 or more people looking at each apartment and they had jobs, most had no children. And I am there with a child and on social welfare. It was impossible.”

In the end, another apartment became available in the building where she lived and the couple who owned it let it to her.

CIS was able to advocate that she get a higher rate of HAP, thus preventing her and Valentin becoming homeless. She recently also received her Stamp 4 permission to stay in Ireland with Valentin.

“Things are much better now. We have a roof on top of our heads and I can take care of Valentin. I am out of words for how thankful I am to CIS, for everything they helped me with. They saved my sanity.”