Revenue says more than 14,000 people availed of relief for construction or decoration work 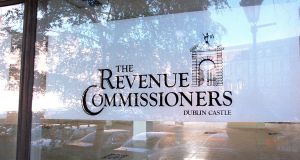 Homeowners spent more than €5 million a week last year on renovations or extensions which are eligble for tax breaks.

The details are contained in new figures from the Revenue Commissioners which show the home renovation incentive scheme - introduced towards the end of 2013 - has proved highly popular.

The tax break provides relief to homeowners by returning 13.5 per cent of eligible work by way of an income tax credit .

In all, more than 14,000 homeowners spent just over €290 million on construction or decoration work which qualifies for the incentive.

The incentive has been extended towards the end of this year on the basis that it is generating employment in the tax compliant construction sector.

It has also been extended to landlords to provide an incentive for the upgrade of private rental property.

Other figures released by the Revenue yesterday show authorities last year collected €41 billion in taxes, up from €38 billion in 2013.

Compliance rates for the local property tax improved slightly to 95 per cent, resulting in the payment of just over €450 million.

Enforcement of orders for tax evasion resulted in just over €220 million being returned to the Exchequer through legal actions, collections by the sheriff and attachment orders,

Overall, the Revenue is investigating a total of 155 cases involving serious evasion and fraud, while a further 62 cases were with the Director of Public Prosecutions or in the judicial system.