Government accused of ‘targetting’ most vulnerable after cut 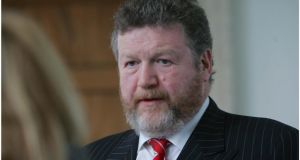 The Government decision to cut the budget of St Michael’s House will threaten services to some of the State’s most vulnerable individuals, the service provider itself and Opposition parties have claimed.

The organisation is facing a €1 million budget cut on top of annual cuts that have totalled €12.3 million since 2008.

A spokeswoman for the HSE said yesterday St Michael’s House was “obliged” to work within the resources available to it. “In that regard, they have introduced significant efficiencies over recent years to remain within budget,” she said.

These changes have not resulted in service contraction, said the spokeswoman, but she acknowledged additional budget cuts would present “a significant challenge” to the organisation. She said both the HSE and St Michael’s House would work together to ensure services were affected “only as a measure of last resort”.

“A process is now under way between the HSE and St Michael’s House to identify the impact of these budget reductions on services,” she added.

St Michael’s House chief executive Patricia Doherty said it was “unavoidable” there would be an impact on services, and called on the Government to consider the “devastating impact” the decision would have and to “immediately” reverse the cuts.

He said Minister for Health James Reilly “must take responsibility and intervene immediately”. The cut was “particularly callous” as it “targets” people who are “extremely reliant” on the services provided.

Sinn Féin health spokesman Caoimhghín Ó Caoláin said the Government was “targeting some of the most vulnerable people in our society”.

“Those directly accessing services at St Michael’s House include some of the most vulnerable people in our society. Yet again we see them targeted for cuts.” He called on Dr Reilly to give assurances that adequate funding would be provided.

A meeting between the HSE and St Michael’s House is to take place today.