‘People have no idea how important this is for us, for the whole community’ 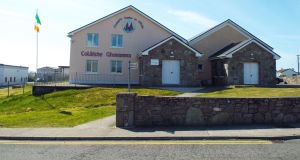 Gaeltacht areas have been “left in limbo” following news that Irish colleges will not open this summer, with fears of the long-term effect this will have on Irish language communities.

People living on the Lettermore-Lettermullen Peninsula in Co Galway say their local economy is entirely dependent on the seasonal Irish college activity, and urged the Government to clarify what kind of financial package would be made available to affected households.

Eilís Ní Lochnáin, a bean an tí with Coláiste na nOiléan on Lettermore island, said investment from the two Irish colleges in the area fed into all parts of the community.

“We live on an archipelago, there’s only one way in and out and we don’t get many tourists. The students arrive in their hundreds so the shopkeepers are selling them stuff, the bus drivers are employed to drive them around, and the local teens get jobs as cuinteoirí [team leaders]. Those young people depend on that income to get through college the following year.”

“People have no idea how important this is for us. It’s not just about the mná tí, it’s the whole community.”

About 27,000 students attend Irish colleges nationwide each summer with coláistí gaeilge worth an estimated €50 million to the local Gaeltacht economy.

Some 220 students arrive on Lettermore every month throughout the summer to take part in the Coláiste na nOiléan courses, while a few hundred more attend the larger Coláiste Spleodar which also operates across the archipelago.

Ms Ní Lochnáin agrees with the Government’s decision to cancel the 2020 courses in the interest of health and safety and to avoid the further spread of Covid-19, but worries sufficient support will not be offered to Gaeltacht communities to make up the deficit.

Irish colleges are “a lifeline” in the disadvantaged Gaeltacht areas, according to Ms Ní Lochnáin. “Back in the 1980s this place was buzzing with factories but now we have nothing, there is no other economic development.”

Ruaidhrí Ó Conchubhair, who runs the local Lettermore supermarket, says mná an tí across the peninsula invest significant money each year in ensuring their homes are ready for the arrival of the young people. “These housewives have very high standards, their homes are upgraded every year.

“We usually see the population increase by 300 per cent each year from the middle of May to the middle of August. It’s when September and October arrives that we’ll really feel the pain.

“The main thing is the Minister has to make sure these colleges survive and don’t close down for good. This could fracture how the whole system works.”

Séamus Ó Ráinne, treasurer of Comhairle Ceantar na nOileán (the island district community group), says the cancellation of this year’s courses will leave a large hole in the finances of people across the islands.

“This will have a ripple effect through the community – the shopkeepers, the restaurants, the pubs, the B&Bs where parents stay when they visit their children,” said Mr Ó Ráinne. “Everyone has been left in limbo.”

He added that mná an tí were not eligible for the Covid-19 welfare payment as they were not in formal employment before the pandemic.

Leaving Cert students, who would usually rely on work in local shops and the colleges to pay for their first year of university, will also be affected, he said.

“This is our main income for the year. Mná tí are stressed and worried, they depend on this money. Our tourism here is very weak, we’re at the end of the road. Our wifi is bad, our infrastructure is bad, this is our bit of hope that brings financial support to people. The Government needs to do something in the next week to support our community.”