Food bank to open in Roscommon for ‘new poor’

Working couples going without meals because of burden of financial commitments 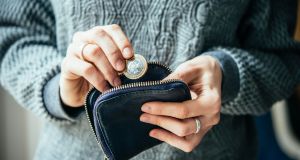 When it comes to the end of the week, a couple with a huge mortgage and huge childcare costs are left with almost nothing to pay for food. Photograph: iStock

A retired social worker who is establishing a food bank in one west of Ireland town said some of those experiencing food poverty were people with jobs who outwardly appeared to be doing well.

Tony Scanlon, who is co-ordinating the project with the Family Life Centre (FLC) in Boyle, Co Roscommon, said reportage about the recovering economy was making it even more difficult for those in crisis to admit they were not coping.

Mr Scanlon, who set up a Facebook page “Poverty and Homelessness” three weeks ago to establish the level of need in the region, said he had no doubt that people were going without meals because of the burden of other financial commitments.

“I do believe people in Sligo, Roscommon and Leitrim are going hungry,” he said. “I think children go to school hungry, not everyday but maybe one day a week when the cupboard is running bare just before the next pay cheque comes in.” He said many of these fit into the “squeezed middle” or “new poor “ categories .

Louise Moran, manager of the FLC in Boyle which will be the focal point of the food bank, said she was aware of people “who cannot put food on the table” and said there were parents who didn’t eat lunch because they had to send what they had with their children to school.

She contacted Mr Scanlon after learning about his plans to avail of FoodCloud, a company set up by two Trinity College graduates which uses technology to link retailers holding excess food with charities.

The FLC was also planning to provide a food bank through the European Fund for Aid to the Most Deprived (FEAD), and the two will now pool these resources. “We hope to have the food ready to go next month,” she said.

The centre in Boyle used to distribute intervention cheese and rice under the “Most Deprived Scheme” which closed two years ago.

“We used to be inundated with people,” explained Ms Moran. “They would queue if they had to. We did not ask any questions and obviously hoped the people who were most in need got it.”

Ms Moran believes the people who are now in crisis include working couples whose expenses have soared while their income may have dropped due to reduced hours.

“We are talking about the parents with 2.4 children and two jobs, with a huge mortgage and huge childcare costs who, when it comes to the end of the week pay all their bills, but are left with almost nothing to pay for food.”

Mr Scanlon said zero hours contracts and illness were factors for some people.

He has already been contacted by one woman who, after the expenses associated with a cancer diagnosis and treatment, is managing to feed two adults and two children on €30 a week. “I did the sums and it works out at 60 cent a meal.” Mr Scanlon believes an anonymous national audit should be carried out “along the lines of the census” to establish the disposable income of all citizens. “Until you identify the scale of a problem, you cannot deal with it.”

He said the link between suicide and poverty had not been explored.

He believes recent media commentary about an economic recovery may exacerbate the problem.

“It is more difficult to admit you are not doing well when everyone else is talking about the recovery. If every media source says the economy is rising, the property prices are booming, and the rate of unemployment is falling, it is more difficult to put your head up and say I am feeling more squeezed.”