Dysfunction and culture of loyalty at heart of Scouting Ireland failings

Organisation has ‘fully accepted’ the recommendations of expert review 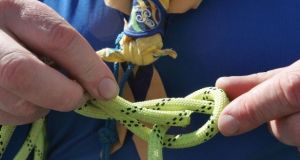 Safeguarding failings at Scouting Ireland are the symptoms of a “deeply rooted dysfunction” within the organisation’s culture, an expert report has found.

Amid controversy over Scouting Ireland’s handling of a rape allegation made in 2016, concerning two adult leaders from an incident in 2009, Minister for Children Katherine Zappone suspended State funding to the organisation in April.

The decision followed the findings of a confidential report by safeguarding expert Ian Elliott, who found the organisation’s handling of the rape claim was “deeply flawed”.

Ms van Turnhout is a former head of the Children’s Rights Alliance and Independent senator, and a current senior member of the Girl Guides.

Her report found a culture of “blind loyalty” to certain members, a “deep distrust” between professional staff and the board of volunteers, and a lack of faith in how safeguarding issues were handled.

Central to the Scout Law, which members vow to uphold, is a commitment to loyalty. Over several interviews, Ms van Turnhout said she found a “blind loyalty to individuals” from some members, which had led to decisions being made that were not in the organisation’s best interests.

While carrying out her review, Ms van Turnhout received a safeguarding disclosure from an individual in Scouting Ireland, who she supported in making a report to the authorities.

Many of Ms van Turnhout’s recommendations overlap with reforms proposed by Mr Elliott in his internal report carried out for Scouting Ireland. These included setting up a dedicated safeguarding team, appropriately staffed and provided with separate office space, rather than the existing single child protection officer.

A defined disciplinary code of behaviour for volunteers, with a clear mechanism to suspend or expel members, needed to be introduced, Ms van Turnhout’s report said.

There is a “deep distrust” between the two arms of the organisation; the 34 professional staff, and the board of volunteers elected by the membership, the report said.

Moving forward the board has a “significant mountain to climb to regain the trust of its members,” it said.

It was “concerning” that minutes from board meetings had not been circulated since January, due to a “fear of leaking”, Ms van Turnhout said.

A previous practice to update the wider membership on decisions taken at board level was no longer happening, and in future more transparency was needed, she said.

On Monday, the board of Scouting Ireland said it fully accepted the van Turnhout report, and was “committed to acting on the 13 recommendations” .

“Safeguarding is a top priority for our organisation and five of the six recommendations on safeguarding have already been completed or are in progress,” the board said in a statement.

“We accept that a new model of corporate governance is needed at a national level to support the future of Scouting in Ireland,” the statement said.

The current board has announced it will be stepping down in October, when a new board will be elected as part of a governance overhaul.