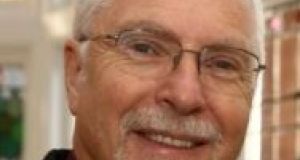 Church of Ireland Bishop Harold Miller. Photograph: Diocese of Down and Dromore

A Church of Ireland bishop who attended the meeting in Jerusalem last week of the conservative Global Anglican Future Conference (Gafcon) has described the experience for him as “nourishing and enriching”.

Bishop of Down and Dromore Harold Miller said, at the event, he “saw a spirit of forgiveness, love and blessing of others, alongside a determination to stand firm in what they believe. This for me was one of the most powerful experiences of the week”.

Bishop Miller and Bishop Ferran Glenfield of Kilmore, Elphin and Ardagh diocese attended the meeting with other senior clergy from the Church of Ireland and members of Gafcon Ireland which was set up last April.

Gafcon came into being after the election in the US Episcopal Church (Anglican) of the openly gay Gene Robinson as Bishop of New Hampshire in 2003. It describes itself as “a global family of authentic Anglicans standing together to retain and restore the Bible to the heart of the Anglican Communion”.

In a statement at the end of its Jerusalem meeting last Friday, it urged Archbishop of Canterbury Justin Welby not to invite bishops to the next Lambeth Conference in 2020 who endorsed sexual practices deemed in contradiction of scripture. It urged Gafcon members to boycott the Conference if this did not happen.

The attendance of Bishops Miller and Glenfield as well as other senior Church clergy and laity has been condemned by other Church of Ireland clergy as an absolute disgrace”, “schismatic”, and as illustrating “how utterly out of touch some senior clergy” were with church membership.

In a reflection on last week’s Jerusalem meeting, posted on his diocesan website on Monday, Bishop Miller said that during it he “never once heard anyone speak harshly, in anger, aggressively, or in a demeaning way of any other person”.

It was, he said, “the largest gathering of Anglicans for over 50 years, since the 1962 Toronto Anglican Congress, and probably one of the largest worldwide Anglican gatherings of all time”.

He said “there are dominant voices”, the first of which was “Africa” and “especially the very large and strong Anglican churches in Nigeria” while “the other dominant voices are the diocese of Sydney”.

Gafcon, he said, “is perceived as a very important resource and fellowship by individuals and churches who have stood for conservative Christian teaching and values in parts of the world where provinces have changed their doctrine and ethics. This has been largely, but not uniquely, in terms of marriage.

“Where doctrine and practice have changed, those who have not been able to go along with the new ‘teaching’ have often found themselves isolated, and no longer felt able to stay in the churches concerned.”

It has meant “loss of buildings, removal of ministerial orders, court cases, loss of income, and more. In many cases, there has been the need for these people to find a way of continuing to be Anglican, as they are committed Anglicans in theology, worship, church order and living, and many have been so for their entire lives,” he said.