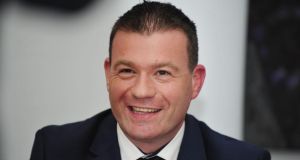 Minister for Environment Alan Kelly: in October he announced developers would no longer be able to “buy their way out” of social housing obligations, but would be required to provide less social housing, at 10 per cent. Photograph: Aidan Crawley

Dublin City Council is seeking money instead of social housing in two of the largest residential developments planned for the city since the property crash.

Legislation has been drafted by the Government to stop developers making a financial contribution to a local authority instead of providing social housing as part of their estates.

Up to now, developers had to set aside 20 per cent of a residential scheme for social or affordable housing under part V of the Planning Act, but a local authority could accept a payment in lieu of housing.

Last October, Minister for the Environment Alan Kelly announced developers would no longer be able to “buy their way out” of social housing obligations, but would be required to provide less social housing – 10 per cent – as part of their estates. However, the Bill has not yet become law, and in relation to two Dublin developments, for which planning permission is currently being sought, the council has said it wants cash instead of social housing.

Developers Greg Kavanagh and Patrick Crean are behind both applications, but have submitted plans through two separate companies.

Crekav Landbank Investments Ltd has applied for planning permission to build 387 apartments on the former CIÉ land on Carnlough Road in Cabra on the city’s northside .

On the southside, Kavcre St Clare’s Limited has applied to build 209 apartments at the former St Clare’s convent and Bethany orphanage in Harold’s Cross. Submissions made by Downey Planning, chartered town planners acting on behalf of the developers, state that discussions had been held with the council’s housing section in relation to the part V requirements.

“Dublin City Council’s preferred position is for a financial contribution in lieu of the provision of housing units,” the submissions state.

“Our client is willing in principle to agree to this, subject to a final grant of planning permission being obtained for this proposed development,” each submission states.

Independent councillor Cieran Perry, who represents the Cabra area, said the council should reverse its decision given the urgent need for social housing.

“With almost 20,000 households on the housing list and over 300 children in hotel and hostel accommodation it is unbelievable that DCC chose money over housing,” he said.

“Dublin City Council appear to be making the same mistakes they made during the so-called Celtic Tiger era where they took money from developers rather than badly needed housing units.”

A spokeswoman for the council said it was not in a position to respond to queries on the matter yesterday.