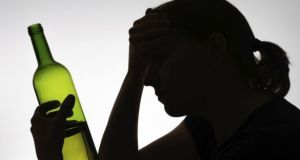 At least two teenagers could have died after up to a dozen youths turned up drunk at an alcohol-free underage disco in Bandon, Co Cork, last weekend, according to a critical care physician.

He said a decision by CUH’s head of emergency medicine, Dr Chris Luke, to triage the teenagers at the scene with the assistance of event organisers and parents, had saved at least two lives and averted the possible overwhelming of an already at-capacity CUH.

Dr Luke said his heart sank when he heard about the incident as the emergency department was already full with people on trolleys elsewhere.

“We were worn out, stretched to the pin. I spoke to Jason who has considerable skills in emergency medicine and critical care,” he told RTÉ’s Today with Sean O’Rourke programme.

“He went to the scene and assessed the situation. With the help of staff, volunteers and the general citizenry they managed to mind most of the sick students off the bus.”

Dr van der Velde said the only way to describe the bus was “a vomitarium”. When he got there two of the teenagers were completely unconscious.

“We decided to corral them so we could get a handle on things. If you start putting people in ambulances you quickly run out of resources,” he said.

“To be fair to the rugby club they did a great job corralling them into an area in the clubhouse.”

He said he wasn’t exaggerating that the two of the teens could have died. Their blood pressure was in the high 70s. “They were unconscious, unable to manage their own breathing.”

The teenagers were given intravenous hydration and sent to CUH by ambulance for further critical care.

Dr van der Velde said some of the youths “were pulling plastic bottles out of their socks. Let’s not beat about the bush. This was straight, neat vodka.”

He said some of the other teenagers had gone into Bandon where they started fights and ended up in the cells in the local Garda station. He was called there by gardaí, who were concerned about the condition of a number of the group.

“(The gardaí) did the right thing, but they shouldn’t have to deal with unconscious, paralytic drunk teens,” said the doctor.

Dr Luke warned that parents need to pay more attention to their teenage children. “These children will die,” he said. “They go out scantily clad, they could fall asleep in a ditch or choke on their own vomit.”

He said emergency medicine practitioners hoped occasions like this were “a teachable moment” and that they would see a “glimmer of remorse” the following day.

However, some parents said their children’s drinks had been spiked. “That is an incredibly serious thing to suggest. It should be reported to the guards. It is up there with rape and murder,” said Dr Luke, adding that spiking is increasingly rare.

Dr Luke said some parents seem to think “not my little Johnny, not my little Mary" - they may become upset and may lash out at hospital staff, saying “that some bogeyman spiked their drink.”