Dramatic differences across State in number of childcare orders sought

While 230 cases came before court in Letterkenny, just nine recorded in Tullamore 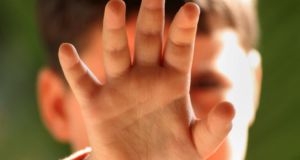 There are dramatic variations in the number of childcare orders being sought in the courts in different parts of the country, new figures show.

The figures are contained in the latest volume of reports to be issued by the Child Care Law Reporting Project.

The initiative was established last year to examine and report on childcare proceedings which are typically held in private.

Repeat applications
The report notes that these figures should be treated with caution and they do not represent the number of children taken into care, as many are repeat applications involving the same child.

The figures show major differences in the volume of applications in towns of roughly similar size.

For example, the report states that there were almost 230 childcare applications in Letterkenny during 2012.

Yet, there was just a fraction of this number recorded in similarly sized towns such as Carlow (10) and Tullamore (9).

Other substantial towns with very few applications were Longford (31), Mullingar (38) and Portlaoise (22).

Dr Carol Coulter, the project’s director, said one explanation for the variation may be that voluntary care orders are sought by social services in areas such as the midlands.

In the latest volume of cases published yesterday, themes such as alcohol and drug abuse feature prominently, as do conflicts between parents and the Health Service Executive over matters such as access to children in care.

Emotional abuse and how parenting capacity is assessed are also key themes, along with reviews of existing orders where the courts examine certain aspects of the care being given the children in question.

One of the 13 cases outlined concerns interim care orders which were granted for four African children who alleged they were being beaten by their parents.

Concerns for the welfare of the children were raised when a school principal contacted the HSE and social workers made an unannounced visit to the family home.

One of the children described her parents fighting and a struggle involving a frying pan and a light bulb being broken. The child also spoke of being hit by both parents with a variety of objects including belts, canes, metal kitchen implement and an iPhone cable. She also described being beaten by her father for making spelling mistakes.

The social worker said it was noticeable the child made the disclosure in an extremely matter-of-fact way and she was not in any way distressed.

One of the children also described threats of being taken to Africa to be beaten up or killed. The same child also expressed a desire to kill himself.

A boy also revealed various additional forms of physical punishment, such as being forced to stand on one leg and touch his right foot with his right hand for about half an hour.

Reunification plan
The court heard at a later hearing that, under a reunification plan put in place by the HSE, the two youngest children returned to the care of their parents.

The two older children were still in foster care and did not want to return to their parents who, the court was told, were working hard on a parenting programme and were fully engaging with the health service.